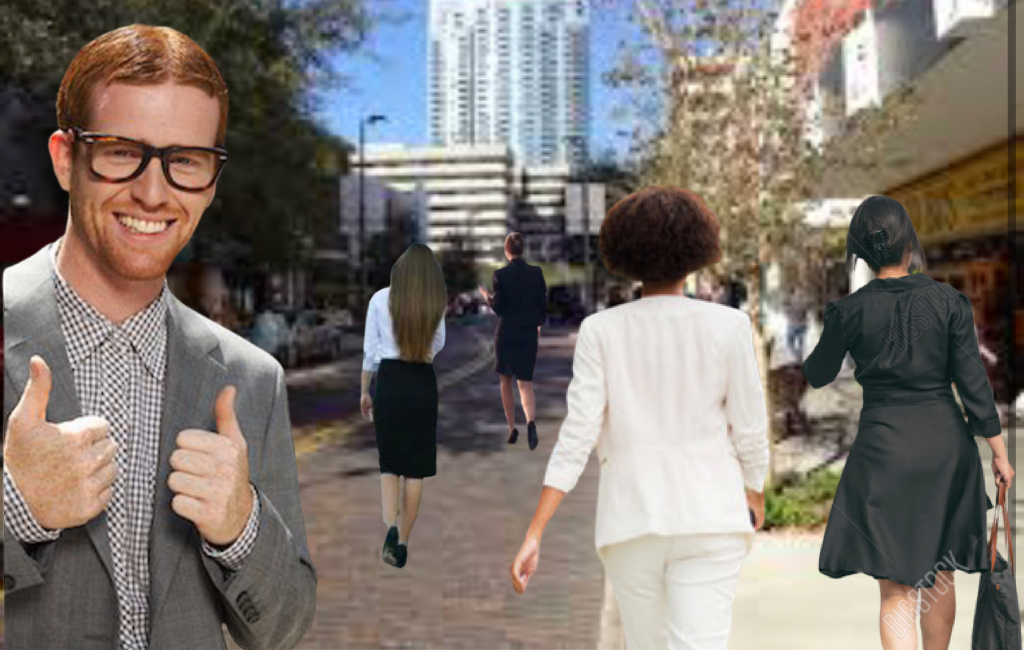 Bradley Beardsley, a software engineer in Tampa, is aiding the FBI and other law enforcement agencies in creating a new means of identifying people.

“Everyone is familiar with facial recognition software but that technology has been largely negated by the wearing of face coverings in the age of COVID”, he said. “Even places like banks and jewelry stores, businesses that wouldn’t allow customers to hide their faces for obvious reasons are now requiring the wearing of masks. This presents a challenge as well as an opportunity, to develop a new way to determine an individual’s identity. And if we can’t see people’s faces, what do we look at? The answer is obvious; people’s rear ends.”

Science has determined that a person’s butt is as individually distinct as their face or even fingerprints. Researchers around the world are trying to come up with an algorithm that allows cameras to pick out specific, distinctive details about a person’s rear end. These details, such as curvature, distance between the hips, or shape of the cheeks themselves, are then converted into a mathematical representation and compared to data on other butts collected in a database.

“That’s my role,” said Beardsley. “I’m compiling analytical stats for the algorithms to reference. I go out and take pictures of people, and by people, I mean women, from behind. Then I come back and upload them into the system. There are already thousands of entries. It’s the Internet Booty Database!”

I stared at him for almost a minute as he shifted nervously in his seat. “That’s it? The Internet Booty Database?” He cleared his throat and answered, “Yep.”

This whole thing was just a build up to a childish and vaguely sexist joke based on the idea that the word ‘booty’ kind of rhymes with ‘movie’? That’s all there is to this? “Hey man, I don’t know what to tell you,” he said. “Not all of these gags can be home runs, every time.”

Over 350 words to make an IMDB joke. “IBDB actually”, he corrected. I glared at him and he said, “Hey, you wrote it!”

I sighed and rubbed my forehead. He leaned forward and said, “Look, if that’s it, I’m going to head out. Is that cool?” I answered, “Yeah, that’s it. Get out of here.”