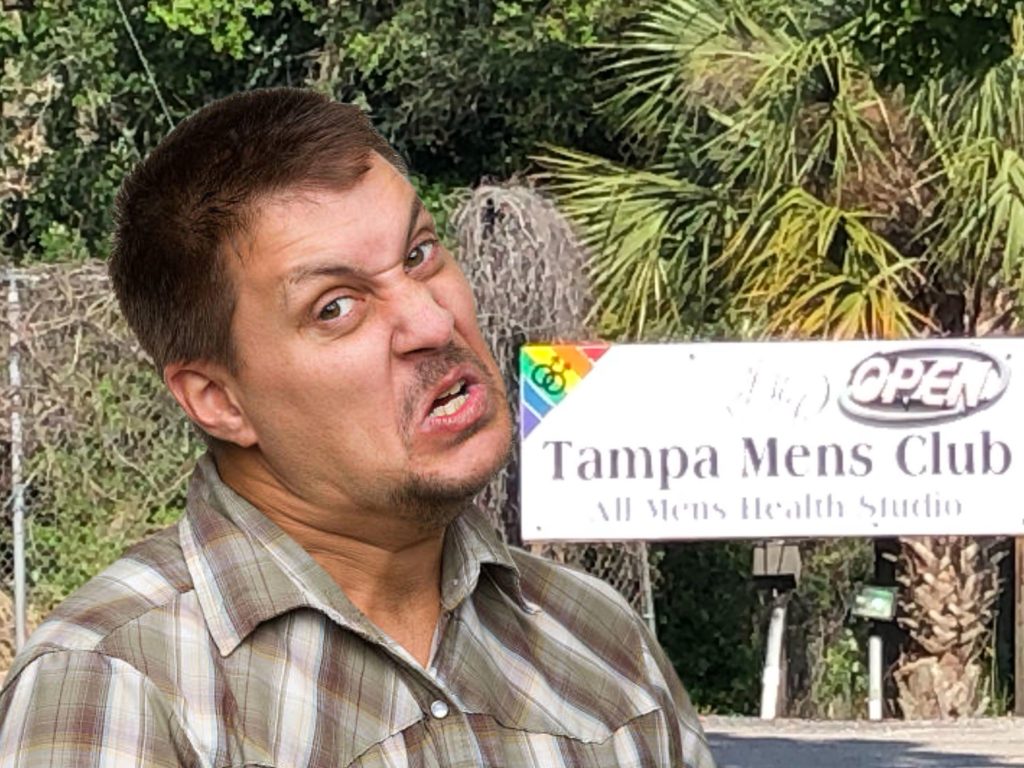 Dan Skippy of Tampa has learned some things he didn’t know, and didn’t want to know, as a result of joining a local fraternal organization.

“I was just tired of all this anti-man rhetoric going around and the increased effort to feminize everything, so I was looking for a place where I could just hang out with men and do man stuff,” he said. “I have to admit that I found it.”

What he found was the Tampa Men’s Club, which is a private all male Health Studio that offers amenities like several flat screen TVs, state of the art exercise equipment, group showers and a steam room.

“Perfect! I thought ‘hey, at least there’s one place left just for men!’ I could hang out with some dudes, watch sports, work out and talk about how we’re persecuted by women accusing us of things like toxic masculinity, which I don’t even know what that means,” he said. “Well, I didn’t but I think I do now. Because what happened to me on my first visit felt pretty toxic and was definitely masculine.”

“Let’s just say it’s not the kind of club I thought it was.”

Skippy is disappointed but at least he’s learning new things. “Knowledge is good, right? That’s what I keep telling myself,” he said. “Still, I paid $59 for a 6-month membership and I’m really dreading going there at least four or five times a week until that runs out. But what choice do I have? As this one guy Ramon told me the first time I went, ‘shhhhhhh’.”

“Nobody told him he has to come back if he didn’t enjoy himself or appreciate what we have to offer. In fact, we’d have gladly given him a refund but he didn’t ask for one.” Said Scott Glanserson, a membership services coordinator for the club. “Instead he’s here, like all the time.”