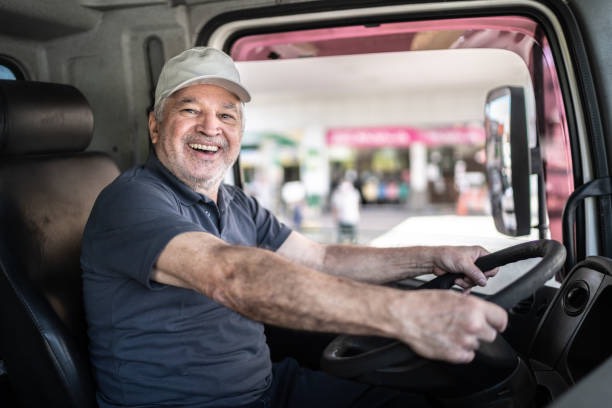 Dale Lipshaw of Tampa is driving around town in an old utility truck, trying to fool people into thinking he’s working to restore services to people impacted by Hurricane Ian.

“That’s not entirely true,” he said. “I haven’t told anyone I work for a utility company. I do own this truck, and I did recently go to Pep Boys and bought some flashing yellow lights to put on the cab and I am driving around in it. If people think I’m with TECO, well, that’s on them, not me. If they’re so concerned about verifying my authenticity, they could Google me… if they could get online! Ha ha ha!”

The Tampa Bay Area was spared the brunt of the storm which slammed into Lee County Wednesday, but there were strong winds and rain locally and power lines were down all over which has made things less-than-ideal for thousands of residents.

“It’s ideal,” he said. “These people love me! They think I’m there to help them and they’re so happy to see me! Kids wave at me, strangers pay for my meals at Denny’s. It’s great!”

Donna Stimley of Temple Terrace has been without electricity since Wednesday morning and is one of the people who has fallen for Lipshaw’s act and doesn’t think it’s great.

“He came down the street yesterday morning and slowed down. He even came to a stop in front of my house. People were so relieved that he was there that they were actually applauding him,” she said. “Then, after a minute or so, he just… drove off. One of the kids said they saw him turn right at the end of the block and park behind the Boost Mobile store where he masturbated. He did the same thing later that afternoon and again last night. I’m starting to think he isn’t with the electric company.”

“I’m to say,” said Jeff Austin, who is in town from Indianapolis, working 14-hour shifts at all times of the day and night to assist in getting service restored around the area. “What he’s doing is scummy. Really scummy. He’s not doing any actual work. He’s just giving these poor people false hope.”

“False hope is better than no hope,” Lipshaw replied, shrugging.