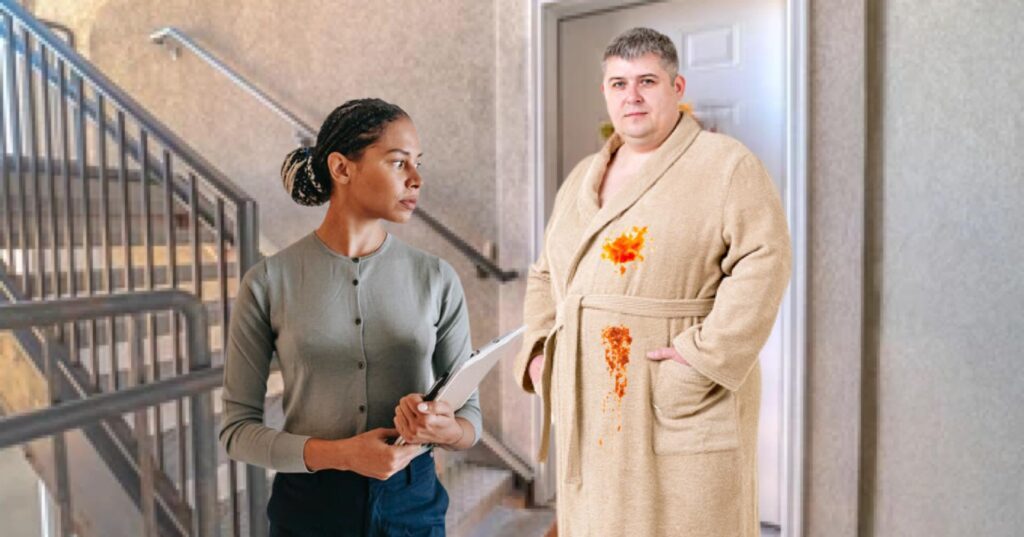 A recent spate of online food orders has resulted in a mental health counselor visiting the home of Tampa’s Johan Philippi.

“Totally unnecessary”, he said. “A person can’t enjoy the luxury of having food delivered to them at home without signaling a cry for help?”

“In certain cases: no”, said Kathryn Helpself, a counsellor with the Crisis Center of Tampa Bay. “Certain cases being when someone orders Checkers from Uber Eats, 19 days in a row.”

She went on to explain, “There’s a very elaborate algorithm, connecting various contactless food delivery platforms to our office. When some specific menu items are ordered frequently by one person in rapid succession over a sustained period of time, especially fast food items easily obtained with a minimum of effort like leaving one’s home and going through a restaurant’s drive-thru operation, the algorithm is triggered. Once that happens, it ties into a personal database that we can access and find out things like that person’s employment and relationship status and what they’re streaming online. And then, in cases like Mr. Fillippi’s, red flags are raised and we respond accordingly. His girlfriend leaving him is what elevated this instance to a higher priority because that is always a considerable source of stress.”

“Okay, first of all, I like chili dogs, okay? My job is… well, whatever. It’s a job. Who doesn’t hate their job? And ‘The Notebook’ is just a really good movie. Are you telling me the people who gave it eight Teen Choice awards were all severely depressed? I doubt that”, said Phillipi. “All right, maybe some or even most of them, but all of them? Doubt it.”

“And not that it’s anybody’s business, but my girlfriend didn’t leave me; we mutually decided to break up”, he added.

“Yeah, okay”, said Ms. Helpself in response, while making note of a prominent chili stain on Mr. Philipi’s once-white bathrobe, the only garment he’s worn in the last three weeks.

Phillipi attempted to defend himself further by saying, “I know lots of people who order food online every day. And it’s worth noting that I only eat one meal a day because I’m being conscious about my weight and overall health. Why isn’t that a factor that comes into play when evaluating someone?”

“Because nobody sees eating nothing but chili dogs for almost three weeks straight as a sign of healthy eating habits, even if it’s ‘just’ once a day”, replied Ms. Helpself. “Especially when you order four of them at a time.”

“At any rate, it’s my determination that Mr. Phillipi is not currently an immediate threat to his own personal safety, but we’re going to list him as “At Risk’ and continue to monitor his activity for a while, for his own good”, she said. “And this advanced algorithm will help us do that.”

“I guess I’ll be switching to Krystal or Sonic from DoorDash for a while”, Mr. Phillipi muttered to himself as he searched for Ryan Gosling movies on Netflix.