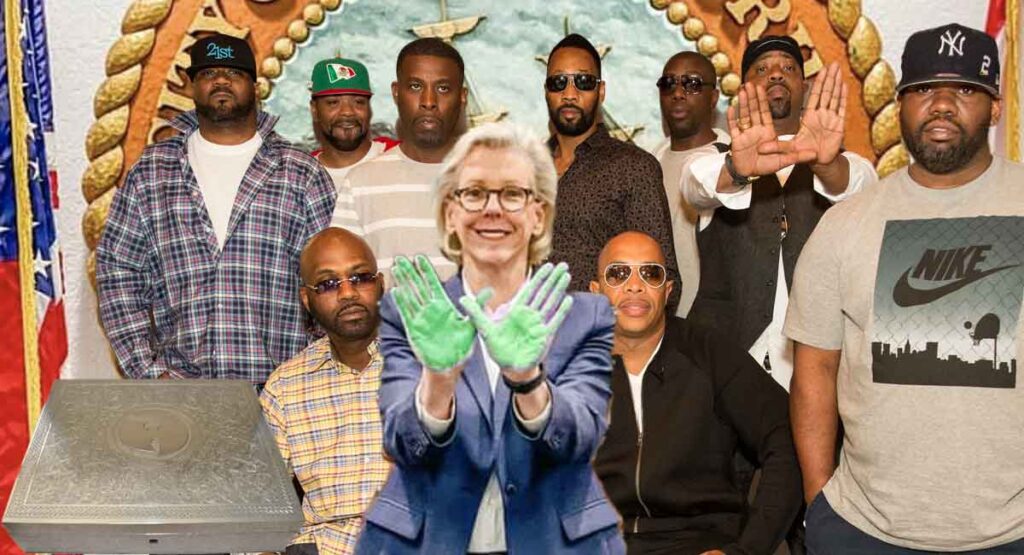 During a press conference today, Tampa Mayor Jane Castor accidentally let it slip that she purchased the legendary single copy of Wu-Tang Clans “The Wu – Once Upon a Time in Shaolin” that was previously owned by pharma bro Martin Shkreli.

“I didn’t want to let it slip like that,” said Mayor Castor who was throwing up the Wu-Tang symbol during the press conference. “But yes, I am the secret buyer of the one-of-kind Wu-Tang album, and the Wu-Tang Clan are on their way right now to drop off the album.”

“I love it, can’t wait to go home and listen to this,” said Mayor Castor who was dapping up all the members of the hip-hop group.

Mayor Castor refused to say how much money she spent on the album but did assure us that the album is in safe hands and she will be holding exclusive listening parties for her donors.