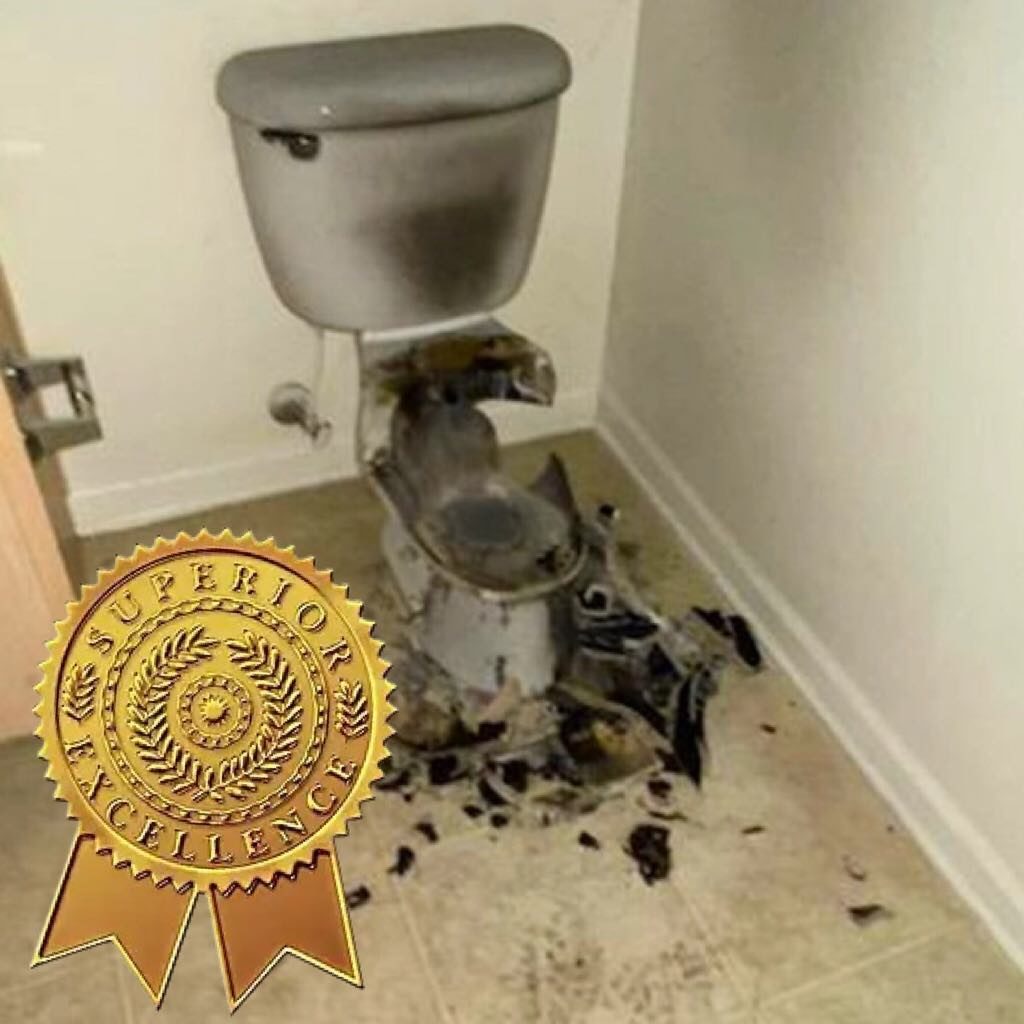 The National Society for the Advancement of Understatement and Decency (NSAUD) has awarded the Gold Ribbon of Superior Excellence to Tampa News Force (TNF) for refraining from using a popular photograph that has been circulating on the internet recently for the sake of a cheap and easy joke.

The photo is of a toilet that was destroyed when lightning struck an apartment building in Oklahoma earlier this month.

“Recognizing that TNF’s instinct to write an article about the negative impact of Mexican food on an individual’s digestive system or some similar crude ‘joke’ about flatulence and/or fecal discharge using this image was incredibly strong and that they were somehow able to overcome this compulsion in the interest of good taste, subtlety and discretion, NSAUD is pleased to present the organization with the highly coveted Gold Ribbon of Superior Excellence. May this serve as an example to others and shine like a beacon across the otherwise morally barren comedy landscape”, said NSAUD chairman Arthur Baake-D’Beans.

In other news, Tampa News Force would like to express their deepest regrets for somehow not being aware of the existence of this photo before receiving this honor.

← Apparently The Rock is serious about bringing back the XFL?Bar trivia host sees himself as some kind of mentor →