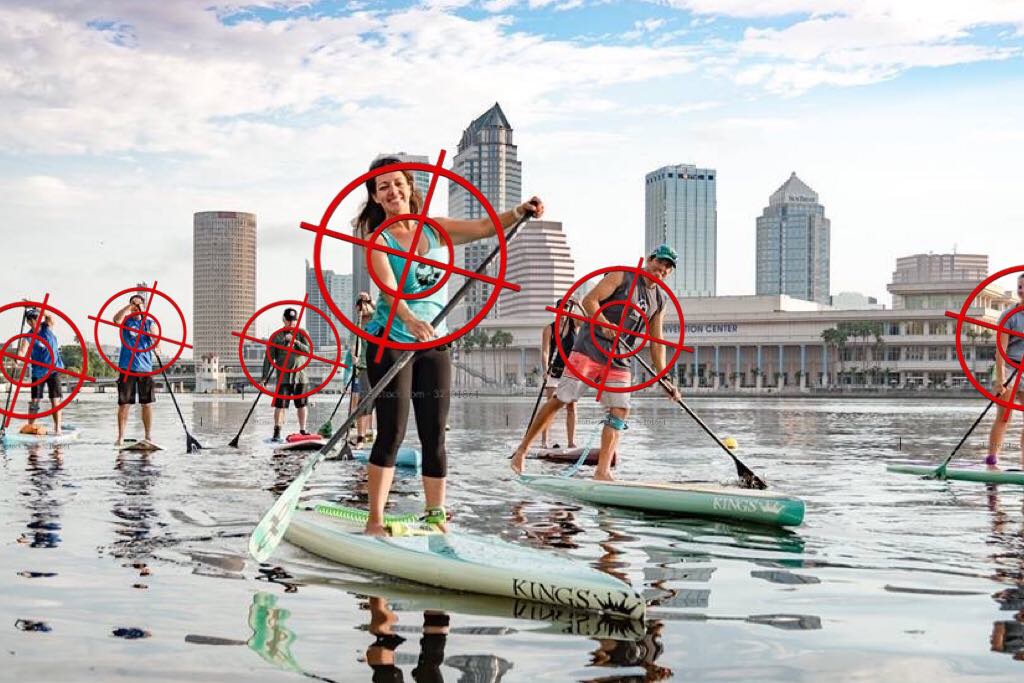 A new business venture is hoping to combine the thrill of hunting wildlife with the serenity of paddleboarding.

Kill Paddle Kill is Florida’s first attraction of its kind.

“We have too many things that need killing on the Hillsborough River,” said owner and manager of Kill Paddle Kill, Mike Openhager. “We were originally a paddleboarding company, but I accidentally brought my gun with me one day and decided to start shooting alligators.”

After viciously hunting down over a dozen gators, Openhager realized he was on to something.

“I had an epiphany while gunning down all those innocent gators,” said Openhager who was decked out in a complete alligator skin suit. “I was tired of paying so much money for gator skin suits so I brought a couple of dead gators to my tailor and forced him at gunpoint to make me a suit.”

Openhager says he uses every part of the gator when they are killed during the hunt.

“Most of our clients just like to shoot stuff and leave it dead in the river, but not me,” said Openhager. “I’ve been eating gator every day and looking fly as hell in my alligator skin suits.”

“We have been told repeatedly that this business is illegal,” said Openhager. “The only way I’m going to stop is in a body bag, or if a judge bans me from running this business.”

The City of Tampa is actively trying to shut down Openhager’s business due to improper disposal of animal carcasses and the fact that he is allowing underage children to paddleboard while wielding semi-automatic hunting rifles. Until he is shut down, Openhager promises to continue providing the hunting tours.