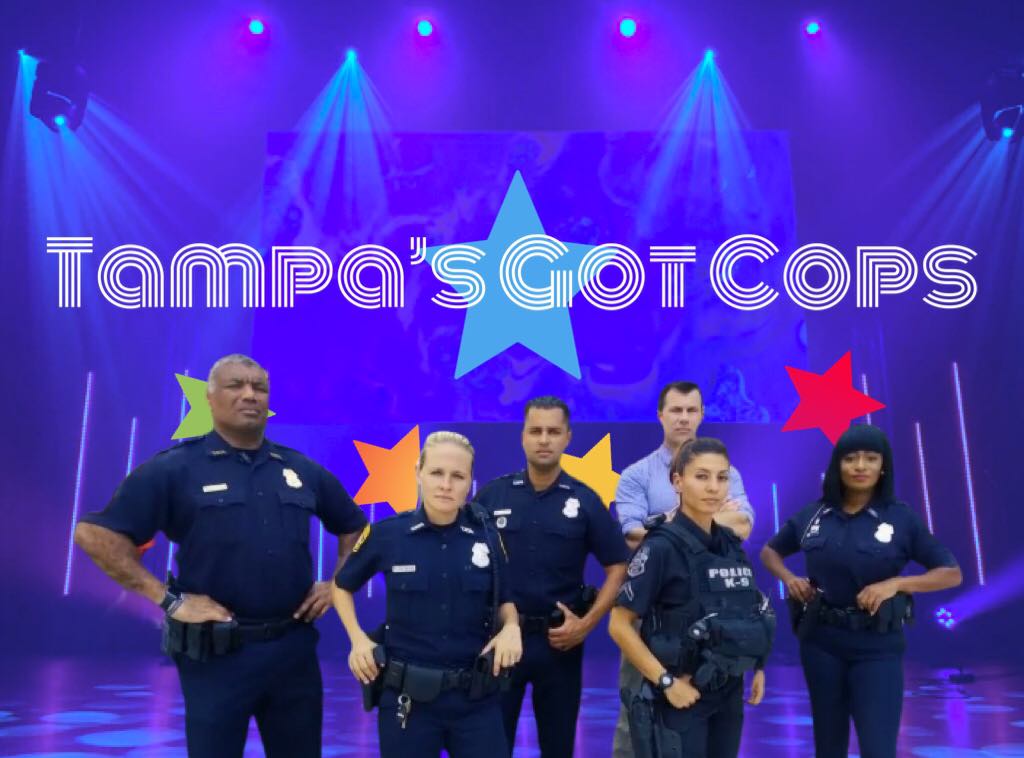 Following Monday’s announcement that Tampa Police Chief Brian Dugan is retiring effective September 10th, the department is moving forward with plans to appoint someone new to that position.

“It’s a serious job, with a lot of very important responsibilities, especially these days”, said Tampa Mayor Jane Castor. “But there’s no reason why we can’t have some fun with it.”

A reality/talent competition show titled “Tampa’s Got Cops” will take place at the Straz Center for the Performing Arts next Thursday night at 8pm.

“Contestants will be judged by a panel of local celebrities on their police skills, presentation and personality”, she said. “It doesn’t hurt to have a compelling personal backstory too. People love a nice, heartwarming human interest angle, someone to root for.”

The winner will be sworn in as Tampa’s new Chief of Police with a three-year contract to serve in that capacity, the privilege of driving a police car as their personal vehicle, including the use of flashing lights and sirens whenever they want without ever having to stop for any red lights and one million dollars.

← New Local Business Spotlight: We Don’t KnowQUIZ: Where should you live in Tampa Bay? →