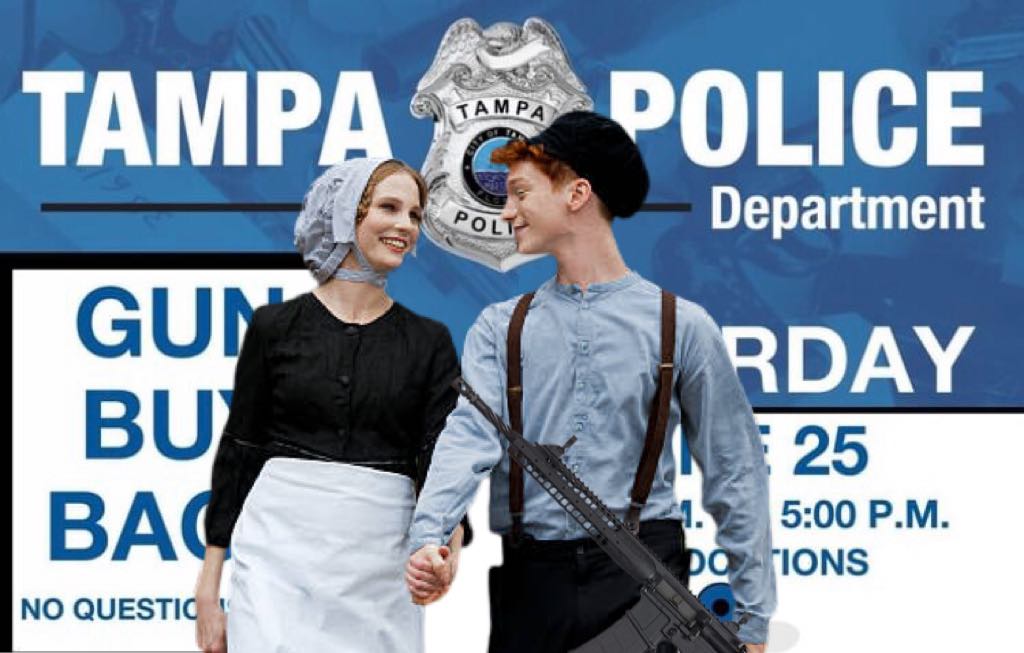 Following a successful Gun Buy Back event, the Tampa Police Department announced that they will be donating all the weapons they collected to the Amish community down in Sarasota.

“Don’t think of it as us taking guns off the streets; we’re just putting them on streets that are traveled by horse-drawn buggies instead of cars,” said Tampa Police Chief Mary O’Connor. “We totally respect the 2nd Amendment so it’s not that we’re taking guns away from people; we’re just giving them to other people instead.”

Tampa Police hosted the Gun Buy Back program at two locations in Tampa on Saturday, June 25th, offering $100.00 for any unwanted firearm which were to be safely disposed of.

“What’s a safer place to dump a bunch of guns than into the hands of a shadowy religious cult several miles south of where we live?” asked O’Connor rhetorically. “We’re calling it ‘Arm The Amish’!”

“We’re not a cult. We are a group of Christians that formed our church during the Protestant Reformation and we have always been proponents of peace and pacifism”, said Jacob Hunsberger of Sarasota. “We’re also not Amish, we’re Mennonites. While Mennonites and the Amish come from the same Anabaptist roots that began in the 16th Century, we’re actually different, separate groups. We agree on many beliefs, such as pacifism and adult baptism, but the Amish follow a stricter doctrine. We Mennonites have cars, electricity and television.”

“We have cars, electricity and television,” he said.

“Well, whatever. Enjoy all the guns you could ever want!” said Chief O’Connor.

“You’re welcome,” said Chief O’Connor as she hopped in the driver’s seat of a Ryder rental truck and sped off.