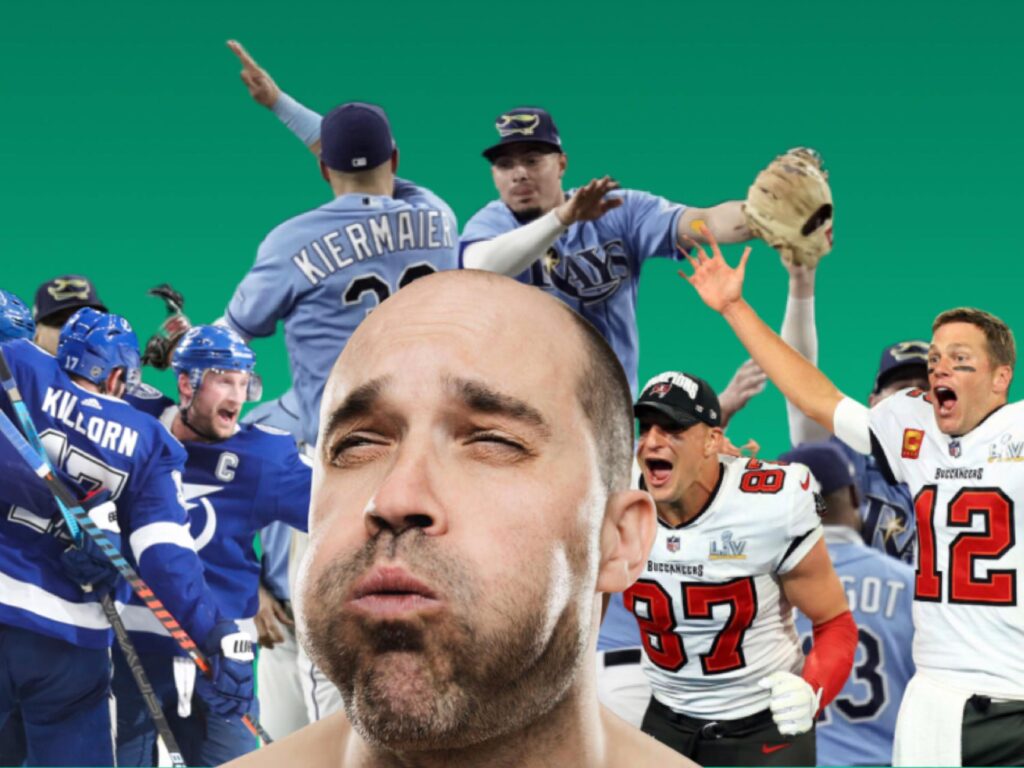 Benny Hudgins of Valrico climaxed thinking about Tampa’s current sports rosters, causing him to have an epiphany that the city can make him come more than his significant other.

“I was sitting in my recliner chair watching game 1 of the Stanley Cup playoffs, and I found myself getting sexually aroused at the thought of how solid all of our major sports teams are right now.” Hudgins said, leaning forward into my microphone placing his lips on the metal head, distorting the audio.

“My ex-wife, whom I still live with because we’re trying to raise our 2 daughters in a functional household, never makes me come anymore, because I just don’t love her. But I realized my love of Tampa sports can get me there like she never did!” Hudgins excitedly explained, doing little jumps displaying his joy physically.

“He shouldn’t be doing that, I don’t like it, I think it’s wrong.” She continued without elaborating on why she specifically felt that way.

“He should be miserable. I know what’s best for him, and he doesn’t deserve happiness.” Chessica finished before walking away, crossing a busy highway almost causing traffic to crash.

Why did we write this story? I don’t know. Is it a story if a man gets sexually aroused by our city’s sports teams? Probably not, but technically because I wrote about it, it is now a story.

Who gets to decide what is and isn’t a story? The market? What is the media market? How do you define what is worthy or attention or not? Surely everything is worthy of some attention right? They always say, “Everybody is special and loved by someone” But is that even true? Is everyone special and loved? Is everything worthy of being immortalized in writing? The fictional man who orgasmed over sports didn’t exist until I wrote about him. I brought him into this world. I gave him life. I am a God! But Gods can also be killed. At least in sci-fi and mythology. Who really knows the truth? I don’t. I know that. Or do I?