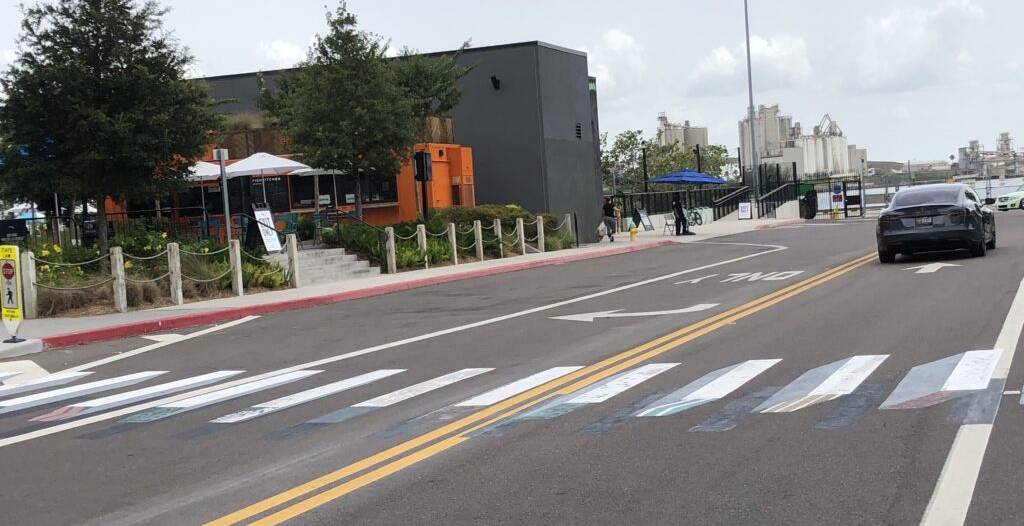 An artist who has been posting art installations in the form of murals painted on public streets for years is annoyed and insulted by the recognition being paid to artists creating new Black Lives Matter murals on roadways in and around Tampa.

Malig’s work is on display at intersections all over Tampa.

“I’ve never been endorsed or recognized for my artistic prowess or hard work by any government agencies or even the general public,” he says. “I don’t crave awards or recognition. I’m an artist and my work is all that matters to me. But to act like these newcomers are inventing some sort of new medium just isn’t right. Frankly, it’s an outrage!”

He continued, “And I’m not saying these new works are without merit. I appreciate the one located at East Cass Street and North Jefferson Street by Lead Artist Illsol and The New Roots Collective managed by Reece Fernando Moore and Melvin Halsey Jr., supported by volunteers from the Children’s Board and the Hillsborough Metropolitan Planning Organization. I also like the Black Lives Matter mural written out on Jefferson Street and Central Avenue by multiple artists, as well as the one at North Franklin Street and West Henderson Avenue by Artist Cam Parker. Then there’s the one at Habana Avenue and West Tampa Bay Boulevard by Artist Cecilia Lueza and on West Laurel Street and North Grady Avenue by Artist Anthony Freese. That one is great too. Also, I can’t forget the one at East 21st Avenue and North 15th Street by Artist James Vann. They’re all wonderful. But none of that invalidates MY work, damn it!!”

He then went on to explain his creation. “The name of my recurring piece is ‘Post-modern Stonehenge’ and I’ve re-created it in hundreds of locations all over town. It symbolizes society’s never-ending, foolhardy, vainglorious and ultimately destined-to-fail efforts to organize chaos. It features a series of parallel lines arranged equidistantly. I place them at intersections because that’s where they have the highest visibility for drivers and pedestrians. Sometimes the appearance is slightly different but the theme is consistent.”

“Are you talking about crosswalks?”, I asked, which made him furious.

“What did you say, you lousy sonovabitch? Crosswalks? Crosswalks?!? I’m so sick of hearing that!!, he exclaimed, charging at me while menacingly brandishing a paint brush. He grabbed me by my shirt collar and dragged me to the window. “Look. There’s one of my pieces right outside of this very studio. Look at it! Unless you’re completely obtuse, it’s impossible to misinterpret. I demand this city at every level acknowledge my genius!!”

At that point we looked out of the window and saw cars yielding to let an elderly lady cross the street. Upon reaching the other side of the street safely, she looked up at us, smiled, waved and said, “thank you.”

Malig sighed, smiled contentedly to himself and asked rhetorically, “Now was that so difficult?”

← St Pete Woman Believes The Crystal in Her Purse Will End Corona VirusSt. Pete Man Allows People to Smell His Armpit as an Alternative Form of COVID Testing →