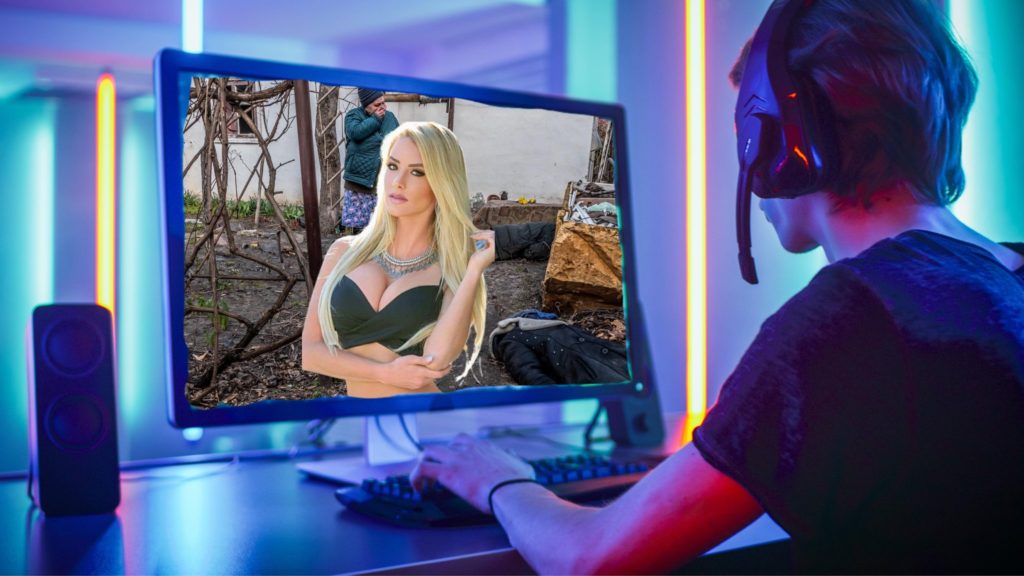 A Tampa man who had been virtually paying a woman overseas for her company was linked to funding Russian war crimes in Ukraine after it was discovered he was being catfished.

Kemp Hiller, an archaeologist in Pasco County had been sending a woman over the internet $400 per month for 2 years, when he recently discovered she was not who she claimed to be.

“I’m a Zoom daddy, that’s what they call guys, who pay girls over zoom, and have never actually met them in real life. I have my laptop open during digs, and every time I would find something, Melushka, or at least the person I thought was named Melushka, would say things like, ‘1 diamond for you equals 1 diamond for me!’ And I would send her money when I would uncover precious gemstones in a Pasco field.” Explained a frustrated Hiller, stationed outside of a current dig he was working on.

“Well, one day, I have Melushka on my laptop, I’m peaking over every now-and-then while I did, blowing her kisses and such, when suddenly what had apparently been a digital filter she was using turned off, and it was actually a burly Russian man riding on top of a tank rolling through Mariupol. I was shocked and stunned. He didn’t notice the filter wore off, and I could hear one of his comrades off camera whispering about plans to raid a church basement in town and my stomach just turned over. I was faclempt.” Hiller emphasized.

“Anyways, I was able to track exactly where my money had been going using a tracing technology one of my old college buddies has been working on, and it turned out the money I had been sending Melushka was being used on the black market to purchase explosives and flak jackets. I feel like a real horses behind.” Admitted Hiller.

“Hopefully my next experience with a sugar baby goes better, I plan on staying away from those kind of relationships for a few weeks.” Said Hiller, before he politely ended the interview and dropped back down into a giant muddy hole in a field outside of the local fairgrounds.