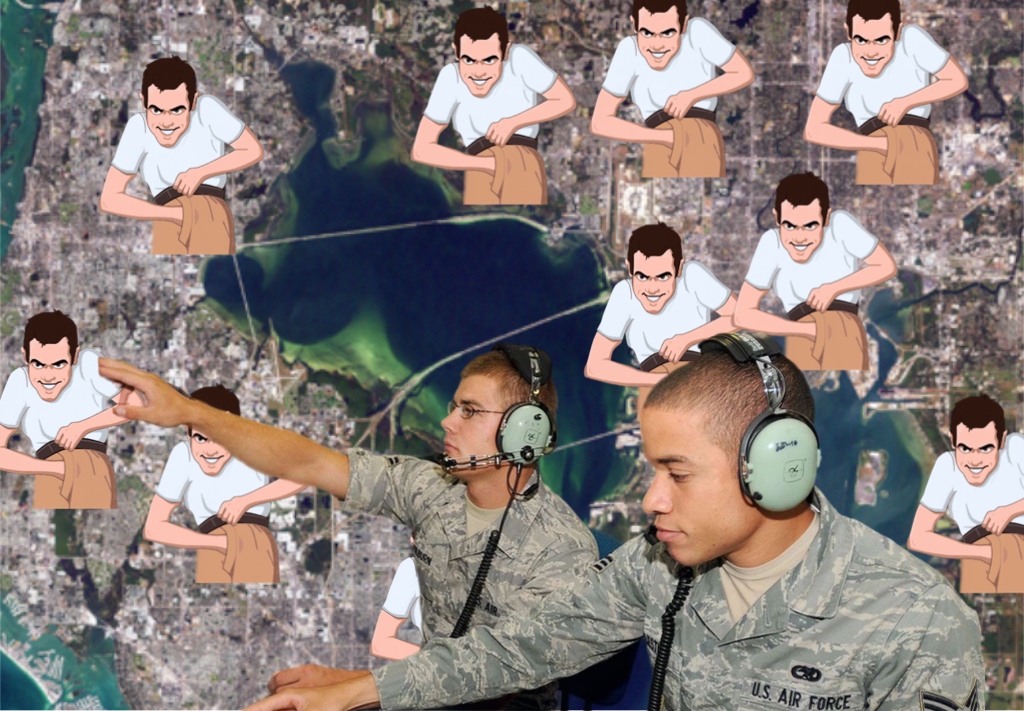 Air Force personnel at MacDill Air Force base are using North American Aerospace Defense Command (NORAD) technology to track the movements of sexual predators around the Tampa Bay Area this Halloween in order to protect trick-or-treaters and other holiday celebrants.

“It’s the exact same way NORAD tracks Santa Claus at Christmas,” said Major Cassandra McGraw of the 6th Air Refueling Wing Public Affairs Office at MacDill. “Of course, the major difference being that there’s only one Santa, while there are many, many, many perverts in Tampa Bay. Too many, if I’m being honest.”

“God, there are so, so many of them,” she added, almost as an aside to herself, visibly distressed at the thought.

“As such, we’re mobilizing all MacDill personnel in this effort. We even had to call in a bunch of reservists,”she said, resuming her remarks to the assembled media. “This would qualify as an all-hands-on-deck scenario if we were in the Navy, which we obviously aren’t, since we’re in the Air Force. Ha ha ha!”

“But *ahem* yeah, obviously keeping track of dangerous creeps is not a laughing matter,” she added, clearing her throat and hardening her demeanor to imply a sense of deeper gravitas.

Tampa Police will be assisting in the massive effort, due to a high concentration of pervert activity in the Ybor City area, specifically on East 6th Avenue on Monday nights for some reason.

“Of course we’re concerned with the safety of the little ones out here trick-or-treating but we’re also looking out for the adults,” said Tampa Police spokesperson Petey Petit. “What someone is wearing is never an invitation to sexually assault them but on Halloween, these degenerates feel even more emboldened than usual.”

“This kind of space-based surveillance conducted by the military coupled with an aggressive campaign of ground coverage from a local law enforcement agency should give women the peace of mind they need to really slut it up this year,” he said.