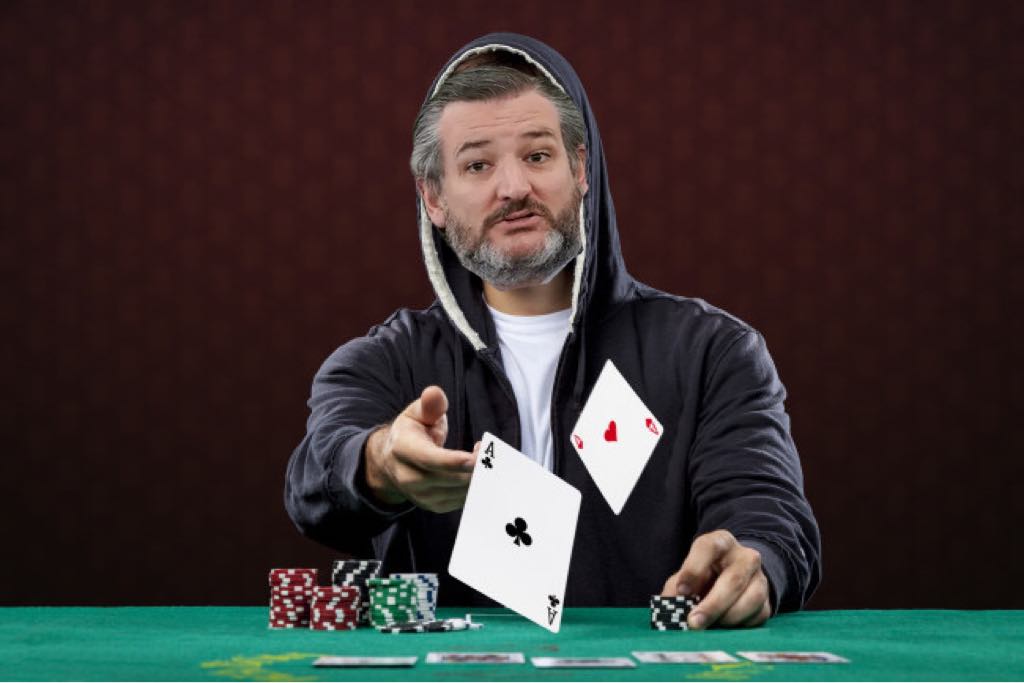 U.S. Senator Ted Cruz announced yesterday that he will be hosting a high-stakes poker night at the Seminole Hard Rock Casino in Tampa next month.

“That’s right, it’s Ted’s Ridiculous Fun Poker Extravaganza and it is coming to Florida on July 4th!” he said. “What could be a more perfectly appropriate way to celebrate the birthdate of the 2nd Amendment than with a night of gambling?”

Cruz represents the state of Texas, where a recent mass shooting at Robb Elementary School in the town of Uvalde resulted in 22 people being killed, including 19 children.

“Hey! Don’t just cherry pick and mention bad things in order to suit your biased agenda, like you media people always do,” he said. “We recovered from that bump in the road by hosting a very successful NRA convention in Houston only three days later!”

“Listen, people are accusing me of being insensitive and tone-deaf in my response to that terrible tragedy with the little, mostly-brown kids, just because I Tweeted on Thursday about how much fun I had playing in a celebrity poker tournament that happened over a year ago,” he said “I just chose to Tweet about it now, before most of the Uvalde victims had been buried, for some reason. I do think it’s important to let people know how much fun I have.”

“I am not insensitive! That’s why we’re waiving the $500 tournament buy-in for anybody who has ever been killed in a mass shooting,” he said. “We were going to do that for surviving family members of those victims, but there’s way too many of those people running around out there these days and we wouldn’t be able to make any money.”

“It’s gonna be such an awesome event. Grand prize is an all-expenses paid trip to Cancun! But it’s only open to Florida residents; we wouldn’t want any immigrants showing up and spoiling the fun,” he said, followed by emitting spastic wheezing noises that might have been laughter or some sort of indicator of severe respiratory distress.

Cruz concluded the press conference by sitting down at a poker table and dealing two aces. “See ya on July 4th at the Hard Rock! In the meantime, here’s a couple of bullets for you.”