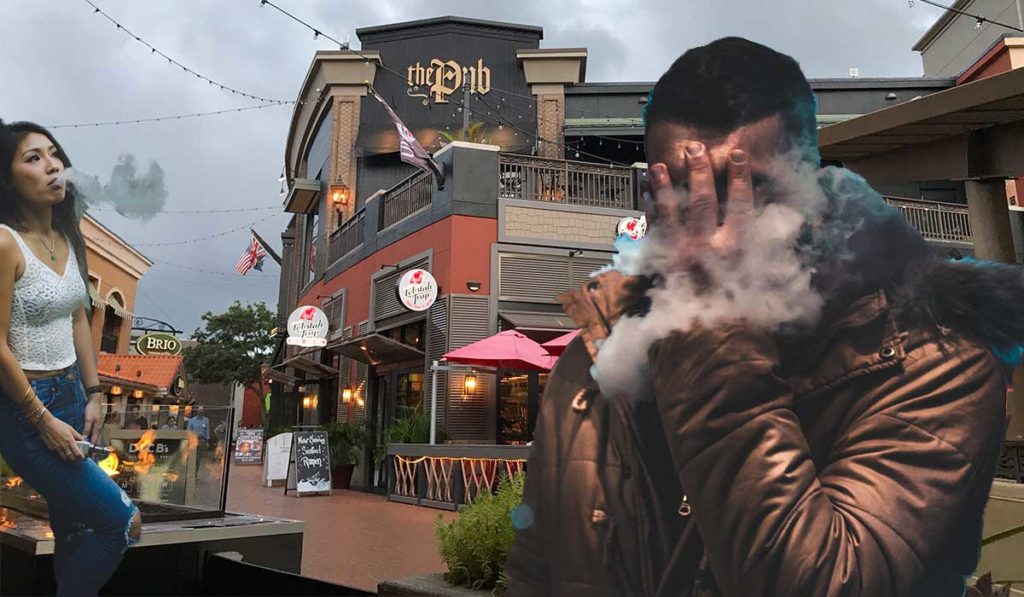 Tampa’s International Mall is getting ready for a multi-million dollar renovation that will see the first ever teen-focused Juul Lounge.

“I’m excited,” said Tampa teenager Bittle Peehul, “I only get to smoke my Juul when my parents aren’t looking. Now whenever we go to the mall and I want to wander by myself, I have a place I can hide and suck on my Juul.”

Peehul took out his Juul and started sucking on it really hard, but no vape smoke was coming out.

“Of course I charged it, I’m not some stupid idiot like you!” Peehul snapped back at me.

“Woa kid I’m just trying to write a story here you don’t have to be so rude,” I told the kid before he threw himself to the ground and started screaming and crying.

“Don’t touch me! Please stop I already gave you what you wanted!” Peehul cried, causing many of the mall-goers to stop and look at the commotion.

“It’s okay he’s only playing!” I announced to the crowd that had started to gather. “Come on kid let’s go find your parents,” I said to the Peehul, but a guy who was visiting the mall with his girlfriend decided to step in and make it all about himself.

“Hey jerkoff, the kid said leave him alone, so either you leave him alone, or I leave you alone…beaten and bloody,” said the guy before turning to his girlfriend to see if she was impressed, but she was looking at her phone.

“Look man, I’m a journalist, I’m writing a story about the new Juul lounge. I asked this kid his opinion on it because I saw he was smoking a Juul out here,” I continued trying to explain myself but the guy went ahead and head-butted me, causing me to break my nose.

“Aw f***, that hurts,” I sneezed blood out everywhere, the guy then punched me in the stomach, causing me to bend over. He dropped on his back to the ground and kicked me in the head, causing me to stumble backwards. He performed a kip-up and the crowd erupted into applause.

“Dude, please like for real. I’ll go,” I said while holding my bloody nose and trying to walk away, but the crowd had grown thirsty for more blood and shoved me back in.

I was now surrounded by onlookers, the guy who was trying to impress his girlfriend kept talking smack and getting everyone hyped up to see a beating.

“Now I know y’all came in here to shop, but who wants to see me whip this guy’s ass real quick,” the guy announced as the crowd grew larger and louder.

“Please man, we can work something out,” I tried to plead with him, but he instead roundhouse kicked me in the face.

I saw my whole life flash before my eyes, every moment I had ever experienced from birth to the time before this fight started. My limp body was now lifeless and gushing blood all over the mall floor, the crowd cheered louder and a Foot Locker employee came out to raise the arm of the guy who knocked me out.

“Who else wants to step to me,” the guy announced to the crowd.

No one stepped up and the crowd quickly dispersed, some kids stole my wallet, phone and the shoes I was wearing from my defenseless body.

I awoke several hours later to an empty mall.

While bleeding everywhere, I made my way to the Chipotle and hopped the counter to make myself a burrito, it wasn’t good but it felt like I deserved it after that beating.

While smoking nicotine is considered bad, at least the Juul won’t make your clothes smell bad like cigarettes do.