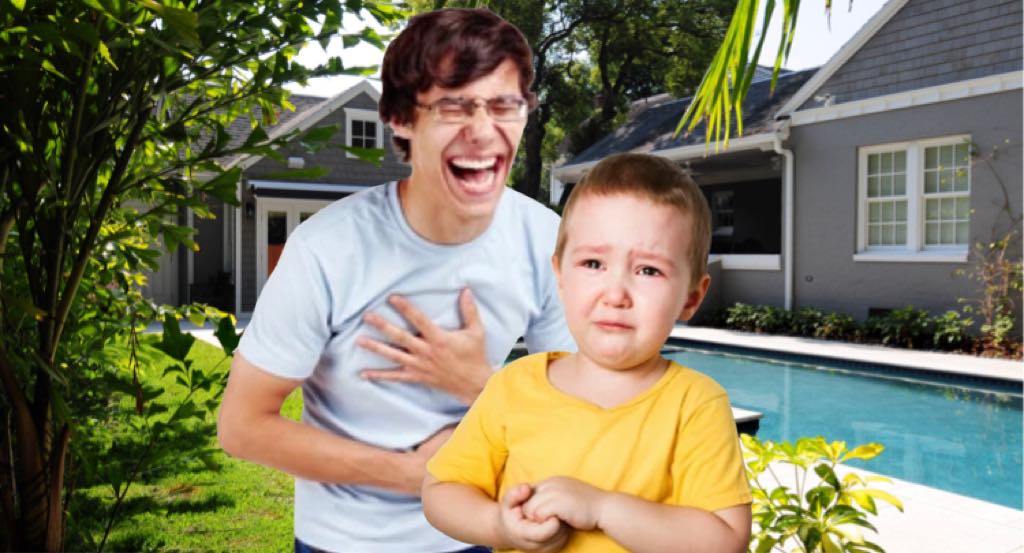 Cayden Kizzler, a 7-year-old in Temple Terrace is the unfortunate victim of a malicious misinformation campaign by his 14-year-old brother Chet.

“Around the corner, aka your butthole, is NOT, in fact, where fudge is made. DO NOT under any condition eat ANY substance produced there. You are not a fudge factory. Your butthole is not a candy store. If you want to eat some delicious fudge, get it from a legitimate source like a fudge shop or an elderly relative like your grandmother. Seriously, y’all. Stop it.”

Cayden said he thought that Chet was a credible source of information, citing previous instances where he learned from Chet that he was adopted by their parents after he was found abandoned in the monkey house at Busch Gardens and about the ghost of a pirate named Burt who lives under their Bannockburn Avenue home and eats little boys who play outside after dark.

Regarding the faux fudge incident, Cayden said, “I’m not some sheep who just believes whatever I’m told. I did my own thorough research. What Chet said about milk, milk and lemonade and it’s relation to the fudge source made sense in that it all rhymed. You have to look at the big picture; that’s what the lamestream media won’t tell you.”

“If he’s calling me the lamestream media, I can tell you I warn him all the time about not listening to Chet”, said Louise, the boys’ mother. “I don’t know why Chet gets such joy out of tormenting Cayden all the time. This time he definitely went too far and we’re going to have a talk about it when their father gets home.”

Chet, speaking in his defense, said, “I never told the little dummy to eat it! It’s hilarious that he did, though.”

He added, “Listen, I’m just presenting these ideas for consideration, for the sake of entertainment. People need to make up their own minds. Ultimately, it’s a matter of individual responsibility. I can’t be held accountable for an individual’s poor choices, especially if the individual is my little brother, because he’s stupid.”

Cayden is not expected to suffer any long-term trauma from this incident, although he said he doubts he’ll ever be able to eat fudge again for the rest of his whole life, regardless of where it comes from. “I can still smell and taste it”, he said. “It was sour. So sour. It haunts me.”