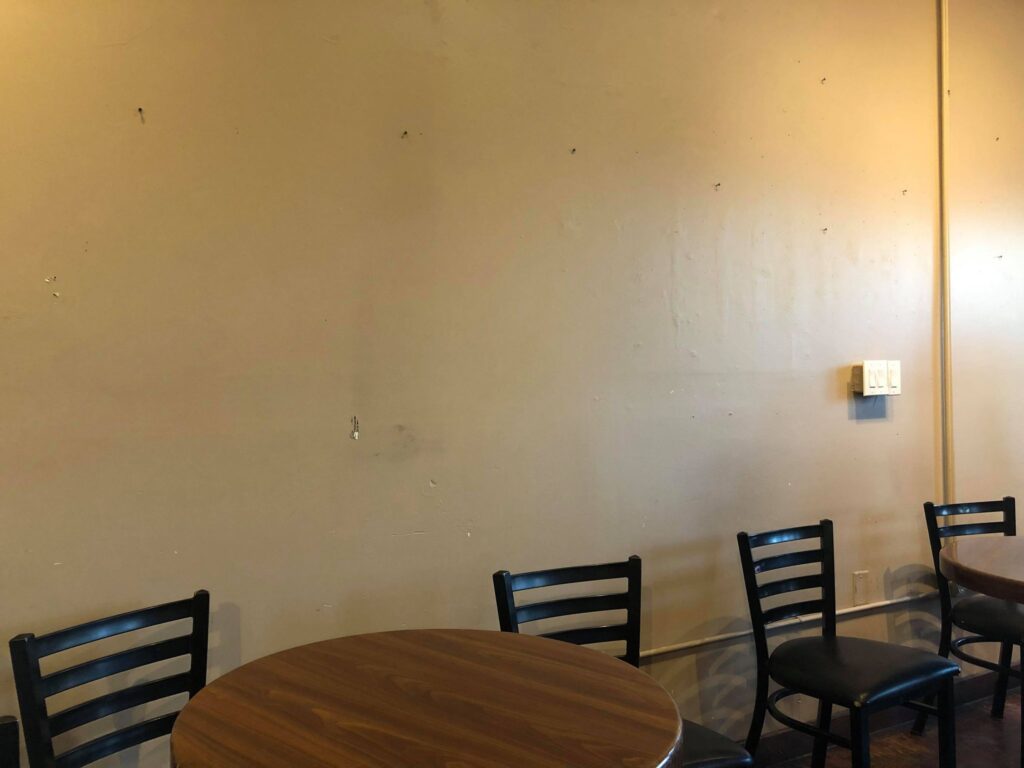 Café Hey, the venerable coffee and sandwich shop on Franklin Street located right on the boundary between downtown and Tampa Heights, was recently victimized by art thieves who law enforcement officials believe used an elaborate scheme to steal valuable works displayed on the establishment’s walls.

“No,” said owner Chung Choi. “We’re still easing into being fully operational after COVID and we just don’t currently have any art to display, that’s all.”

“No,” said Tampa Police detective Grover Corners, an infrequent visitor to the café. “I’ve been in there before and there’s always artwork from local artists on display. Photography, paintings, what have you. Much of it often quite good. And now it’s just gone. The only possible explanation is some kind of devious caper.”

Corners theorized, “We’re probably looking at a gang of 11 or 12 people. Highly skilled. One of them most likely a lithe woman in a leather catsuit, possibly a former gymnast or a ballerina. Someone who could utilize her flexibility to navigate between the grid of motion-detecting laser beams comprising the key element of the café’s high tech security system. She’s probably extremely attractive and is either currently or formerly involved romantically with the group’s leader, a devastatingly charming rogue.”

Choi responded, “Yeah, we don’t have that kind of security system. We have locks and some other stuff. Mainly we make sure the doors are locked when we leave. Nothing to do with lasers though.”

“My guess would be that they accessed the café through the building’s roof, probably using graphite grappling hooks,” said Detective Corners. “They would have worn climbing harnesses and used low-stretch, abrasion-resistant static rope, between 9 and 11 mm-thick. Also, they would have lowered themselves from the ceiling with the assistance of a bobbin descender such as the Petzl Stop, if these scoundrels were of the European persuasion or a rack descender if they were American. I’d be willing to bet they absconded by helicopter, piloted by a somewhat unstable and unpredictable character, possibly a veteran of a foreign war. No way to tell for sure at this point.”

“When we shut down, we called the artists and they came and got their pieces,” said Choi. “They just put everything in their cars and drove away.”

“The artwork in question typically sells for millions of dollars on the international black market. I just want to assure Mr. Choi and the citizens of Tampa Heights that we will catch these villainous miscreants. I will dedicate my life to it, if necessary,” said Detective Corners.

“I think everything had price tags ranging from $10 to $20. Sometimes there will be something for $50, but that’s rare. Either way, okay I guess,” said Choi.