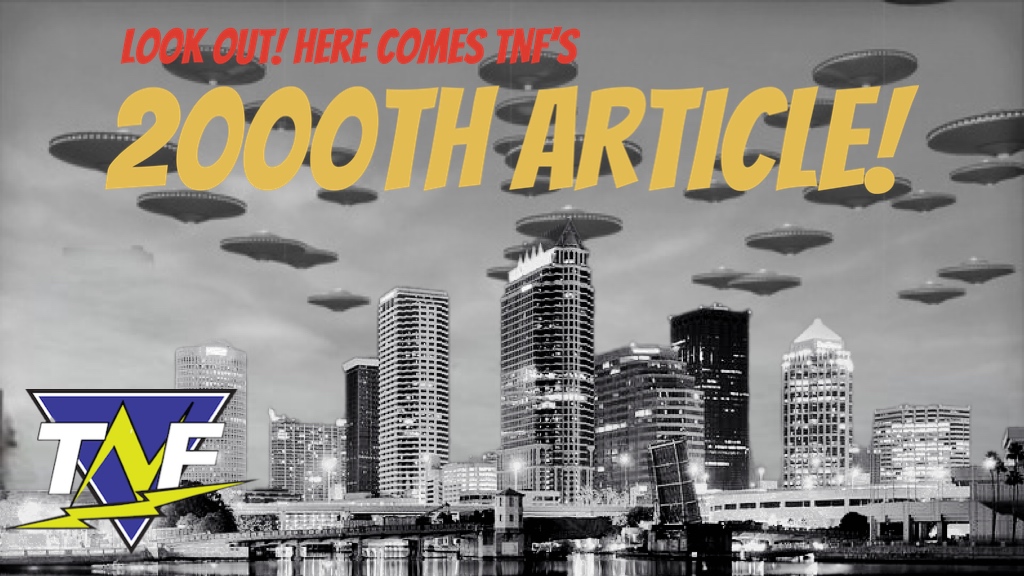 Tampa News Force, the highly revered, venerable and redundant media platform and purveyor of satirical news parody content, has published the 2000th article in the organization’s storied history: this one.

That’s right, you’re reading history as we’re making it. Never before have writers and readers been united in the quest to pat themselves and each other on the back so unitedly.

The reason this article is so important from a historic standpoint is that this is the 2,000th one. Prior to this, Tampa News Force had published exactly 1,999 articles. That means that 2,000 would not be a number that accurately represented how many had been published without this one.

An historic achievement like this only comes along after you’ve done something 2,000 times. With that in mind, Tampa News Force is throwing a party and everyone is invited. There will be free beer, entertainment, giveaways, an estate sale from soon-to-be-departing-the-area John Jacobs and some surprises. Here’s a link to the event that is sure to be remembered as an event that happened.

This is the end of one era of Tampa News Force satire and the beginning of another. The next article will be the 2,001st and 999 more after that will bring us to 3,000 because that’s how counting numbers works.

(* If you don’t see your name, either you didn’t write anything for us, or you had us credit it to some stupid alias that you’ve forgotten or you requested to be scrubbed from the site or your contribution was so marginal and shoddy that we didn’t publish it and left your name off, although we included Nate Roscoe so that’s probably not it. It’s also entirely possible we fucked up. In that case, sorry.)