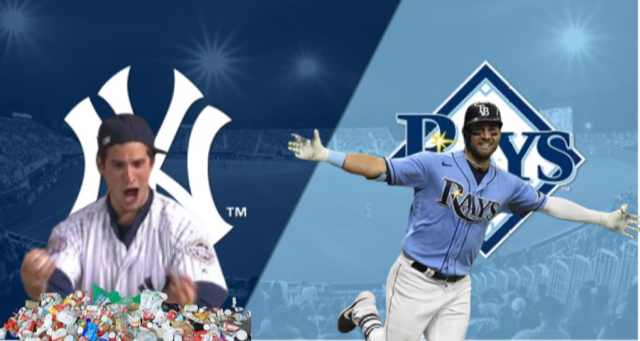 I just woke up, hungover from Stanley Cup celebrations last week. I’m pretty sure I was on a boat captained by someone who didn’t speak English and I might have helped tear down a light pole outside of Amalie Arena. It’s kinda fuzzy.

Anyway, I’ve been told by the big bosses upstairs that now that the Rays are in the American League Divisional Series against the New York Yankees, I have to write a series preview, so here that is.

Simple math, the only kind I understand, says the Rays will win. Also, science.

Another intangible factor to take into consideration is that Yankees fans in Tampa Bay are the worst.

Not all Yankees fans are obnoxious. Sure, the ones who live in New York are mouthy and arrogant but that’s where they live and this is their team. That’s fine.

The ones who live here are two-faced, phony front-runners who simply can not be trusted and they embody all that is terrible about terrible sports fans. Living here and rooting for the Yankees is like living in Lutz and contributing to Yoko Ono’s Patreon.

I wonder who I know in St. Pete that might have a boat?