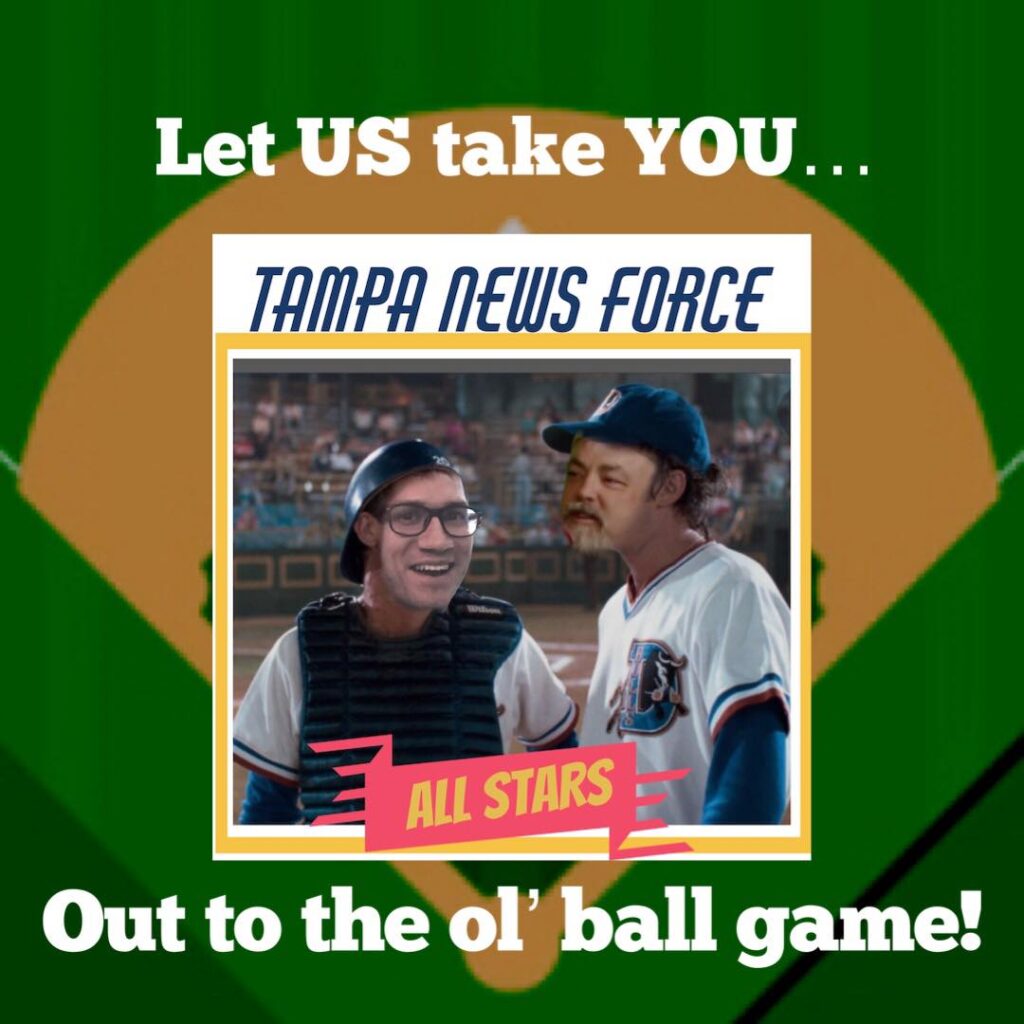 We have four extra tickets – GOOD ASS SEATS, FRONT ROW BEHIND HOME PLATE! – for the game between the Dunedin Blue Jays and Lakeland Flying Tigers Baseball Team this Thursday, July 22nd, 6:30 pm, at the TD Ballpark in Dunedin, and we want to watch it with you!

You’ll be watching real live baseball with Josh Santos and Clark Brooks, two actual Tampa Bay Area comedy people, of which there are only a few thousand – RARE!! These two particular comedy people do a lot of stuff on Tampa News Force, the web site you’re looking at right now – META!!

But you’ll be able to talk to Josh and Clark about anything you want, including comedy and baseball and whatever else is on your mind, including what John Jacobs is really like because we know him! Or we can just sit there in awkward stoic silence. Whatever you want.

Last year, we did this with two free tickets to a Tampa Bay Vipers game and we had a great time. Sure, only one of the two winners bothered to show up, but the Vipers won (their only win in franchise history!) so that worked out pretty good.

Email us now to claim the tickets: tips@tampanewsforce.com. If you win, we’ll need your phone number to text the ticket(s) to you. Act quickly, this is a first come/first served deal. Entries close Thursday at noon. Or later if we don’t have four interested people by then.