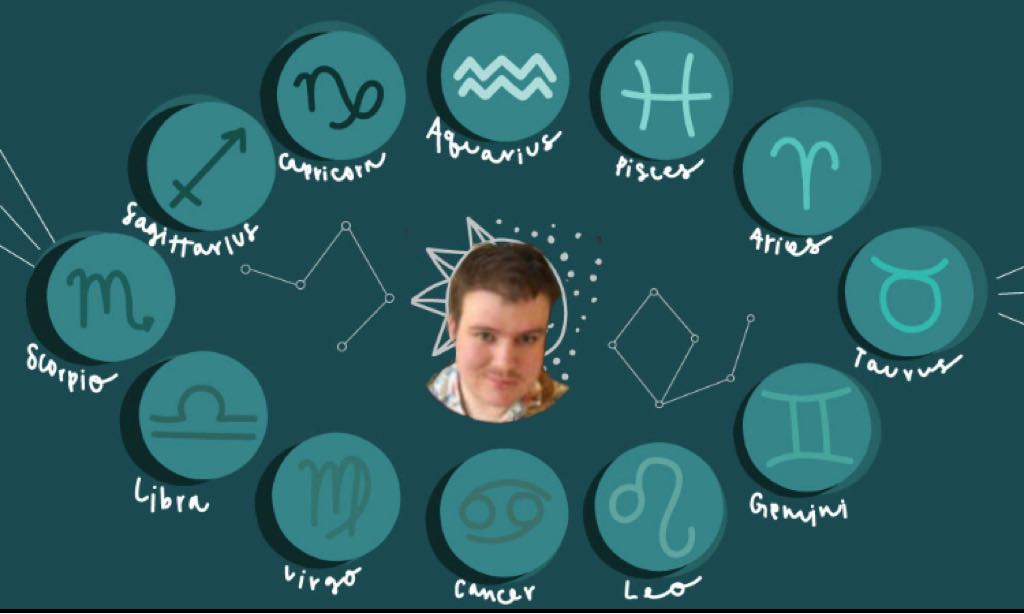 Here’s some nifty tricks and tips to find the person of your dreams! Horoscopes from Tampa Bay’s 14th best astrologer Chris Coon!

Aries: Keep considering yourself hot enough to be desired. Your self-image and confidence have a tangible effect on other people’s perception of you, and tastes vary wider than you might think. Also your particularly luxurious and pleasure-granting genitalia can’t hurt.

Gemini- Struggling to find the one? Take 4 to 8 gas station dick pills and drive to a new town just to feel the difference. You will not be chemically capable of sleep while you’re this pseudo-medicated, but you might just find the person of your dreams. Doesn’t even matter if you have a dick. Take the pills. Stuff your face full of pills or a cold empty dark lonely grave will await.

Cancer- The love of your life will actually be your second husband. So don’t even worry about the rest. How will your first husband or wife go? You have to decide right now whether it is better for a lover to die of early cancer or a motorcycle accident. Go ahead and pick the lesser of two. Accident is cheaper but you’ll never see it coming. Never get to really say goodbye. Then again, saying goodbye every day for a year? That doesn’t sound easier. Alright, what did you decide? Good choice! That will be what happens, and this is irreversible! The Secret is real you have just irrevocably condemned them to their fate. Don’t worry though! You got a whole extra backup spouse for later, so it’s chill. You will know your true soulmate by his ability to improvise standup comedy in the cadence of John Morgan of Morgan & Morgan. Could be talking about anybody, here. Just picking up what the stars are putting down. Specifically, uh, Polaris.

Leo- You’ll know your soulmate by the inordinate amount of effort he put into his competitive Latin club in high school. What? That’s two of your exes already? Jesus Christ, what sort of freak-show whackamole life do you live?

Virgo- Look, I’m only gonna say this once, but free use. You got it? Look it up. It’s a little jarring but it’s the only way you’ll ever drop off your potential future son Joshua at a prestigious daycare.

Libra- Who’s the one for you? The next uber driver that you peg will tell you the exact geocoordinates where you will find your true love, but he will not tell you the time. Wow, just like a YA novel! Also your soulmate will be a they/them transmasc himbo femboy boywife. Google is your friend for this one. So is tiktok.

Scorpio- Flash more people. Why not? You’ll know it’s safe to flash a man if he is wearing a Hawaiian shirt and overalls. This is the universe’s sign for you to lift up. Take them out. Balls, titties, whatever. Take ‘em out like Bin Laden’s family on a nighttime raid in Abbottabad.

Sagittarius: Go ahead and give comedian Chris Coon a sweet and thoughtful kiss on the lips. Hey wait a minute. Whaaaat?? Well, would you look at that! That’s me! That’s crazy! I mean, what are the ODDS? One in twelve, I suppose. Golly gee whiz. Neat. Can’t wait!

Capricorn- Your soulmate, you intellectual minx, is a gender that hasn’t yet been put to paper. But at least their fursona will be a firmly grounded purple anime moth-man.

Aquarius- Your soulmate is John Jacobs from MTV’s “Are You The One?” And that’s all of you, Aquarius. You all get your turn. You are all The One. He also runs one of Tampa’s leading ramshackle satire publications, so maybe you could try to stand out to him by rising through the ranks at the horseshit newspaper. Maybe even publish two books of the articles you’ve written. Oh. Oh my god, of course. How could I not have seen it? But then again, how could I have? It all makes sense now, Clark. I had no idea. I will keep this secret safe between us.

Pisces- Your soulmate will have the voice of a generation. Specifically, he will sound like every civil rights leader rolled into one. Although, he is going to be a white guy, obviously. No one gets the impression that you would seriously consider dating a black guy. Certainly not Sirius, the dog star of Canis major. Technically, a majority of the cluster of stars that make up the sword of Orion that you can only see on clearer nights think you might date a black guy if he was like, in a band or something, but, as Tampa Bay’s 14th best astrologer, I think they don’t actually have as firm a grasp on your character as Sirius or Arcturus do.