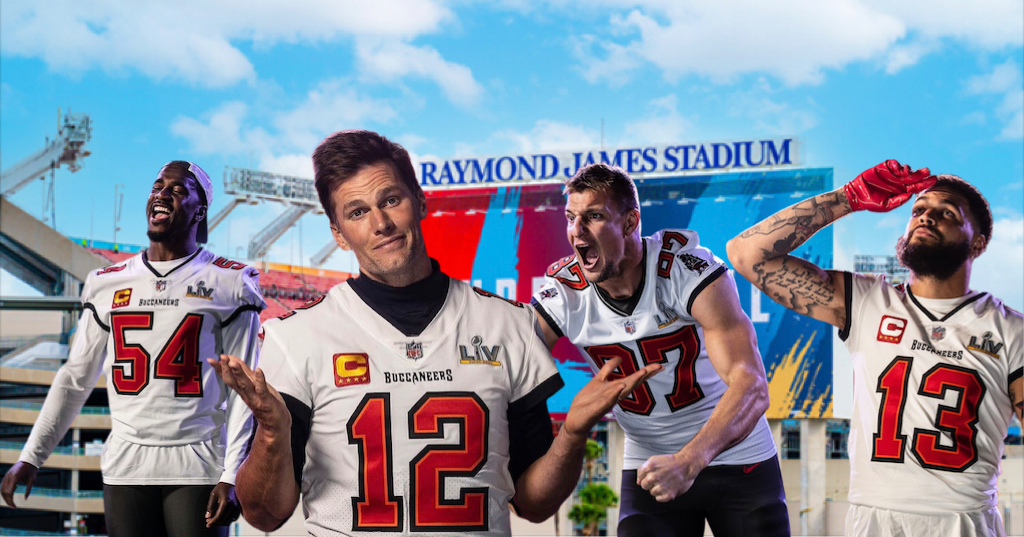 Granted, it’s mostly been years and years of staying at home with nothing. But not anymore! The point is that what would be considered extreme elsewhere is business-as-usual here.

Win, lose or draw, which is a stupid thing to say because ‘draw’ means ‘tie’ and obviously there isn’t going to be a tie in a championship, which is what the Super Bowl is, in case you forgot amid all the hype and hoopla… no matter what happens, Tampa is gonna Tampa tonight!

And that means all of us, all of Tampa Bay. St. Pete. Clearwater. Brandon. Sarasota. Bradenton. Even Dunedin, the Bay Area’s weird, artsy cousin who wears kilts, rides around in golf carts and is into quirky (but frankly, quite good) independent films.

We’re either going to celebrate or whatever the opposite of celebrate is, but no matter what, tonight Tampa is a verb as well as a noun and we are going to Tampa like we have never Tampa’d before. It might even be an adjective.

One thing we don’t do is riot, though. That is not our thing. We know how to have a good time without that nonsense.

But have no doubt: we are going to Tampa the ever-loving Tampa out of Tampa like it’s never been Tampa’d before.

← St. Pete Mayor to have rap battle with 50 CentGuy with no reason to even be there ruins Super Bowl party →