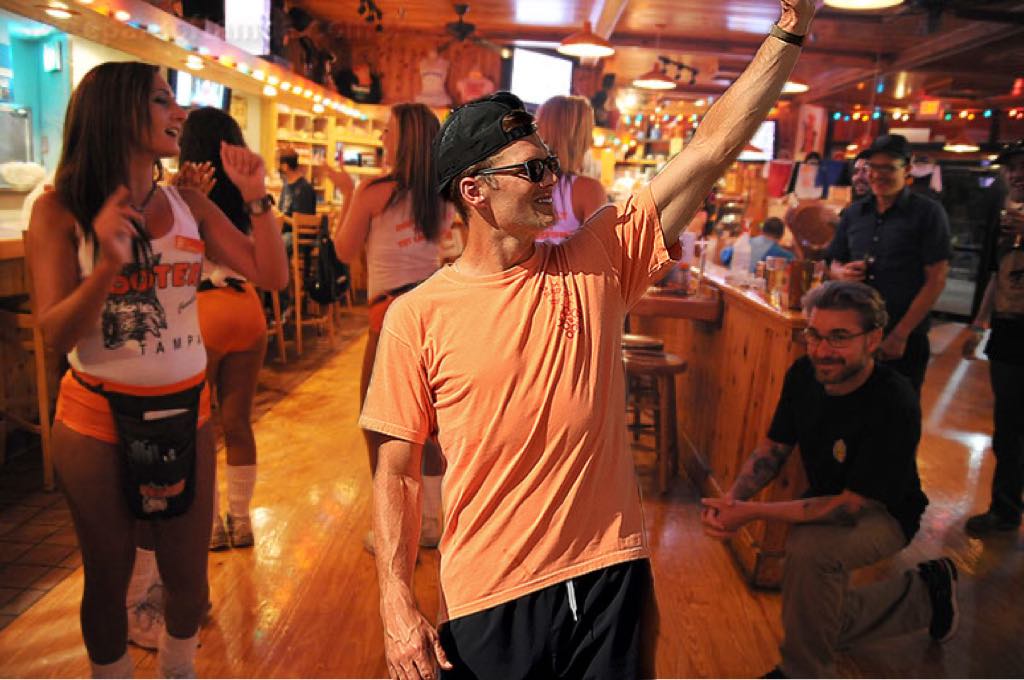 Tampa Bay Buccaneers quarterback Tom Brady ended a week of speculation about his future by officially announcing his retirement from the NFL at a party he hosted at Hooters on Hillsborough Avenue in Tampa today.

“It’s cold outside, Gasparilla is a huge mob scene so I figured why not throw a little get together at my favorite restaurant to call it quits”, Brady said. “I mean, Rick Scott Tweeted it and if that dipshit is chiming in, there’s no point in trying to keep it a secret any longer.”

Brady played the last two seasons of his lengthy NFL career with the Buccaneers, the highlight of which was the 31-9 victory over the Kansas City Chiefs in Super Bowl LV at Raymond James Stadium in Tampa last year. He compiled a 25-8 combined regular season record while going 5-1 in the postseason. He passed for 9,949 yards with 83 touchdowns and a 102.2 quarterback rating with the Buccaneers.

The spontaneous retirement party featured 28 platters of chicken wings, in Hooters Original®, Daytona Beach® and boneless styles with both Ranch and Blue Cheese sauces for dipping, as well as plenty of crab legs, steamed shrimp, curly fries and Lots-A-Tots®, all of which were paid for by Brady in appreciation for the years of support he received from Bucs fans.

The servers names were Heidi, Kelli, Brandi, Cyndi and Amber, who is actually not a natural redhead.

Prior to joining the Bucs, he played somewhere else for a while and did good, winning a couple of other Super Bowls while setting a whole bunch of records and stuff.

Brady left the party about an hour ago but there’s quite a bit of food left. You should swing by and have some.