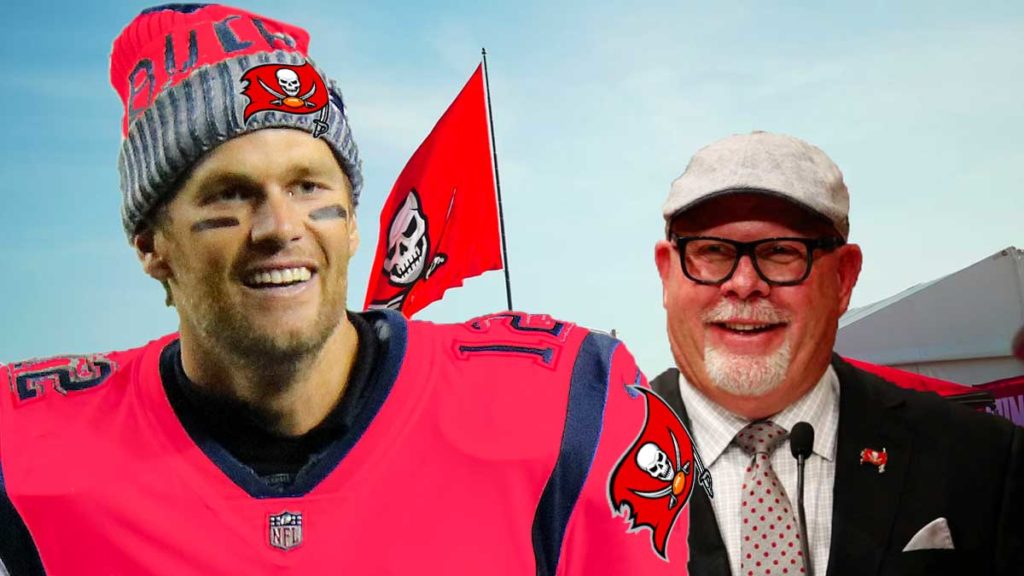 While the sports world was shocked at the announcement that Tom Brady will be leaving the New England Patriots, new details have emerged from the historic contract that will see the famous quarterback play only three games with the Buccaneers.

“We offered him $30 million for the whole season, but Tom told us that wouldn’t cover it,” said Buccaneers Head Coach Bruce Aryans.  “We then asked him how much the $30 million would cover, and Brady just held up three fingers.  I then nodded and we shook hands. Which we promptly doused in Purell.”

As part of the agreement, each time the Buccaneers use Brady in the field, it will cost them $10 million a game.

“We agreed to the contract on the basis that we get to decide which three games he plays,” said Buccaneers owner, Malcolm Glazer. “That way it’s a surprise.” Glazer then held up his hands and made little twinkly fingers while smiling like a little girl and clapping.  Glazer then skipped away laughing while leaving a trail of money behind him.

I followed the trail of money to the Glazers home, which is a secret underground mansion hidden under One Buccaneer Place and accessible only by the teleporter which is hidden inside the giant football looking entrance thing.

I tried to go in but was immediately tackled and arrested for trespassing.  While I was being held by the police, I saw Brady walking into the Bucs HQ. Before I could yell after him and ask him how he felt about the deal, the security guard clubbed me in the stomach, causing me keel over in pain.

Everyone hopes the NFL season starts at its scheduled time, but in the event that it does not, the Glazer family has assured me they have absolutely no back-up plan in place beyond this season.

The Glazers are however incredibly grateful that Hillsborough County is still using taxpayer dollars to fund Raymond James stadium.

“That was very nice of the people of Tampa for their generosity, I can’t believe they are still giving us money for this ‘Community Asset’,” said Glazer while putting extra emphazise on the phrase ‘Community Asset’.  “The community is going to be seeing some asset alright,” continued Glazer in a very suggestive manner. “Soon people will be flooding back to this stadium to get all the asset they can handle.”

Glazer then laughed, lit a Cuban cigar, blew some smoke in Brady’s face who waved the smoke away in a disgusted manner and then they kissed.