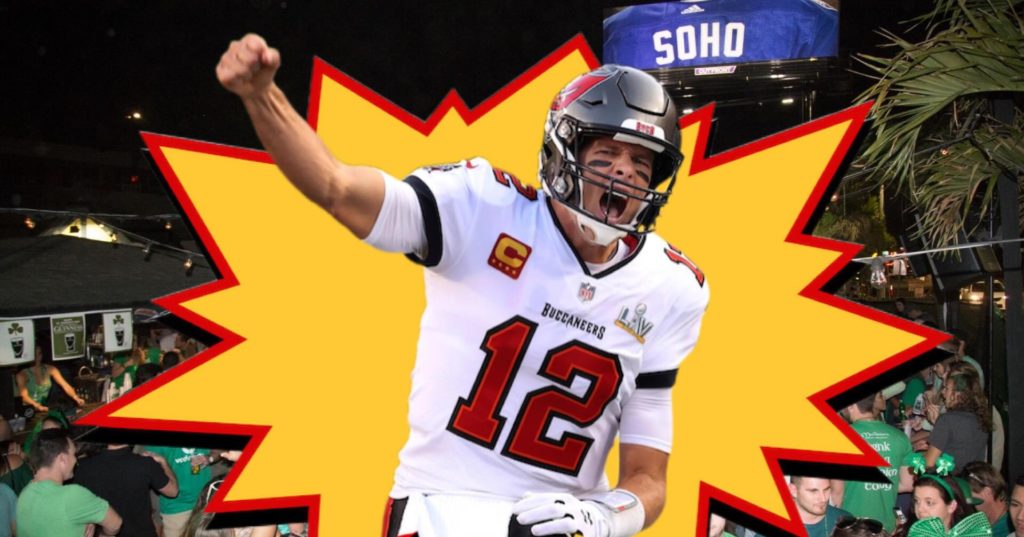 With St. Patrick’s Day coming up this week, the holiday where everyone likes to wear green and drink more than they do the rest of the year combined, we thought it would be nice to provide a list of ***BREAKING NEWS: Tom Brady is coming back to the Tampa Bay Buccaneers! Just 40 days after announcing his retirement, he Tweeted yesterday that he was returning as quarterback for the Bucs!

Can you believe it?? I can’t. I mean, I couldn’t. I was hanging out with my buddy Mike yesterday and he was looking at his phone and said, “Hey, Brady is coming back!”. Mike is one of these guys who thinks he’s funny but he really isn’t, so I said, “Good one”, in a very patronizing tone. He insisted it was true and tried to show me the Tweet on his phone. One of the reasons Mike isn’t funny is he never knows when to quit so I told him to shut up or I would punch him in his arm, real hard. “They” say violence is never an effective way to resolve an issue but “they’ve” never met Mike. Honestly, it’s the only way to get his attention sometimes. Anyway, He kept on trying to make me believe him so I did punch him in his arm real hard and he dropped his phone. I picked it up and I saw the Tweet, with the Twitter official verification check mark and said, “Holy shit! He is coming back!” Mike said, “I told you, you dick” and rubbed his arm where I had punched him real hard. I apologized and pulled up Twitter on my phone and we turned on ESPN. It was everywhere!

So yeah, Brady is back! The Bucs probably won’t suck this year and more importantly, we don’t even have to entertain foolish nonsense like “We should try to get Jameis back because he might be the best option available”. Thank God! ppy St. Patrick’s Day! Celebrate safely, everyone!