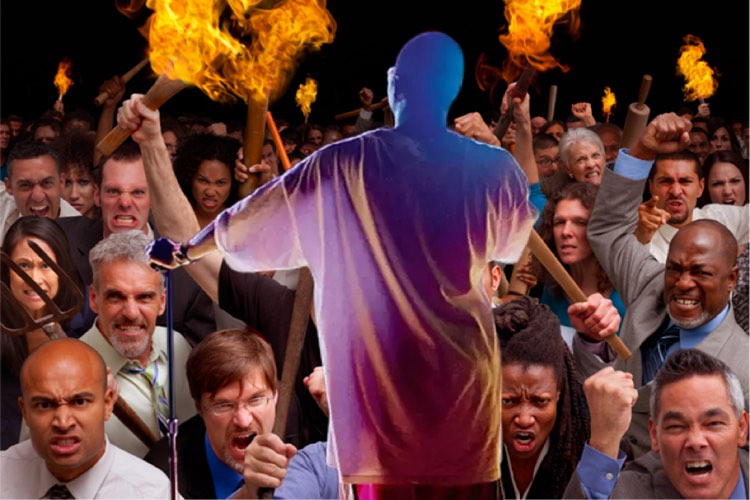 This list is intended specifically for comedians currently practicing their craft in the Tampa Bay Area. That doesn’t mean non-comedians and/or non-local residents can’t read it, just that those people might not get any value from it, unless they’re planning to attack a local comedian at some point and want to see what they might be up against. Of course, we don’t condone that but as we always say: “Berzerk But Beware”.

In light of the recent audience member attack on Dave Chappelle at the Hollywood Bowl, coming on the heels of the Will Smith attack on Chris Rock at the Oscars, it’s just a matter of time before someone comes after you while you’re on stage doing one of your little skits. If two of the greatest of all time can be victims, you’re certainly an imminent target!

With these scary, scary facts in mind, you have to be thinking “what can I possibly do to defend myself against these intolerant mobs who would seek to deprive me of my freedom to express my precious art of talking about my genitals and how much weed I smoke?” Good question! Here are two steps you should take RIGHT NOW:
1. First, take our “How Likely is Will Smith to slap you?” quiz, so you know exactly how at-risk you are of facing that specific threat.
2. Read the list below of things you already have with you right there on stage* that you can use to fend off all the people who want to kill you.
* Some items may not be available at venues where the “stage” is just open floor space behind a pool table or next to the dart game machine.

Those things are heavy! The base in particular. You could conk someone in the head with one of these easily. Also, they’re usually two separate pieces, so you would actually have two weapons. Take the mic out first, though. You should already know to do that. Come on, you’re supposed to be a professional.

Believe it or not, these things are not just for pantomiming sex acts or sitting on while you tell your boring-ass stories. You could use the stool to keep people at bay, lion tamer-style. Try not to throw it; unlike the sex acts you typically pantomime, it only works for you if you have it in your own hands.

3. THE BEVERAGE YOU BRING UP WITH YOU

You have two options here: squirt the liquid into their face or bonk them on the head with it. If you use option one, you might want to have something stronger than water or beer. We’re not saying acid, but yeah, maybe acid.

If an audience member is mad at you enough to attack, it’s probably because your jokes aren’t hitting. So hit them with your actual jokes! Roll your notebook up and smack them on the snout like you would a naughty doggy. Face it, that thing isn’t doing you much good otherwise.
These are getting less and less intimidating and potentially effective as we move down the list. Also, don’t hit dogs. What is wrong with you?

Sometimes you just have to knuck if you buck. Throw some hands. Trade haymakers. Now, in all likelihood you will lose badly in any kind of hand-to-hand combat with any individual possessing all four limbs (and most individuals possessing half that many) but just think of all the respect you’ll get from your comedy colleagues for standing up for yourself and defending the institution of stand-up comedy like the goddamn hero you are!
On second thought, maybe just try to run away. That probably won’t work either but might be a slightly more realistic option.

← Local radio station plans to pretend to take mental health seriouslyWhere should I take my mom in Tampa? →