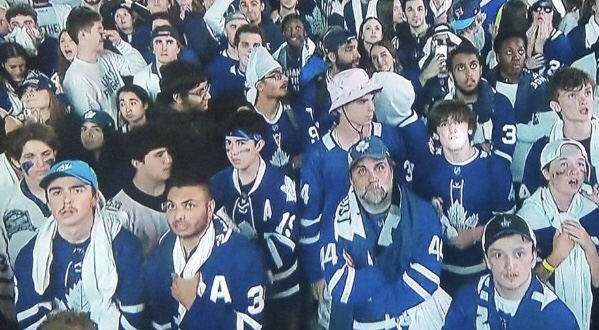 The Tampa Bay Lightning defeated the Toronto Maple Leafs 2-1 in Game 7 of their first round series in the 2021-22 NHL playoffs Saturday night in Toronto.

As a result, the Maple Leafs join the Montreal Canadiens and Calgary Flames as franchises that have lost a postseason series to the Lightning, who play in Tampa Bay, a region not known for its ability to produce ice to skate on, yet has won three Stanley Cups in only 30 years of existence which is inherently hilarious. By comparison, Toronto hasn’t won one Stanley Cup in 55 years and no Canadian team has won one since 1993, which is almost the entire span of the Lightning’s existence, which is even funnier.

“I strongly disagree; I don’t think it’s funny at all,” said Toronto resident Norm Hatcher. “Hockey is a lifestyle here, and a glorious heritage. In America, and especially in Florida, it’s a pastime. Granted, I thought it was funny as hell when Tampa Bay defeated Montreal last year and also in 2004. But there’s no humor in this… oh wait. I see it now. Okay. But it still isn’t funny to me.”