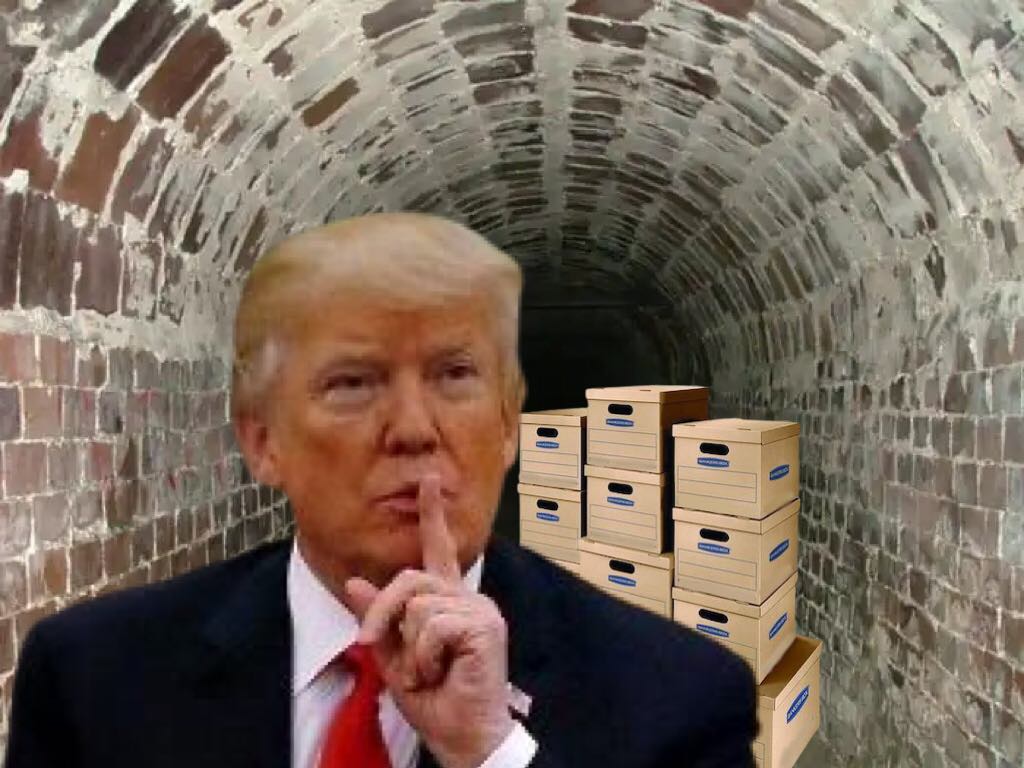 Former President Donald Trump has responded to reports that there has been communication between the National Archives and Records Records Administration (NARA) and the House Oversight Committee acknowledging that classified records were found in boxes at Mar-a-Lago after Trump left office.

“Yeah? So what?” he said in a press conference yesterday. “It wasn’t, like, super-classified info. It was just a little classified. I would never bring extremely sensitive info to my private residence.”

“The good stuff is hidden up in Tampa, you dummies.”

“You should see it. Except you never will because I hid it so good in a place that nobody could ever find; the secret underground tunnels that run beneath Ybor City. Nobody even knows those exist,” he said, referring to the tunnels that everybody knows about.

“These tunnels were built by ancient Cuban gangsters to smuggle illegal booze and Chinese hookers,” he said, citing disproven urban legends about what are basically sewer lines. “And now they’re the home of top-secret government documents that I liberated from the top-secret government when I worked there.”

“It’s a perfectly safe hiding place because the only people who might stumble across them accidentally are homeless people, drag queens and packs of middle-aged male tourists from the Midwest trying to hook up with homeless drag queens,” he said, finally making a semi-factual statement about the situation.

The NARA, which acts as the historical library for the federal government, has expressed concern regarding the Trump administration’s record-keeping practices and has also contacted the Department of Justice.

“Big deal. It’s not like anybody is ever going to do anything about it. Or any other shady shit I’ve been involved in,” Trump said, expressing an even more factually accurate statement.

← Who has bigger whores: Tampa or St. Pete?Leader of ISIS cancelled for racist tweet →