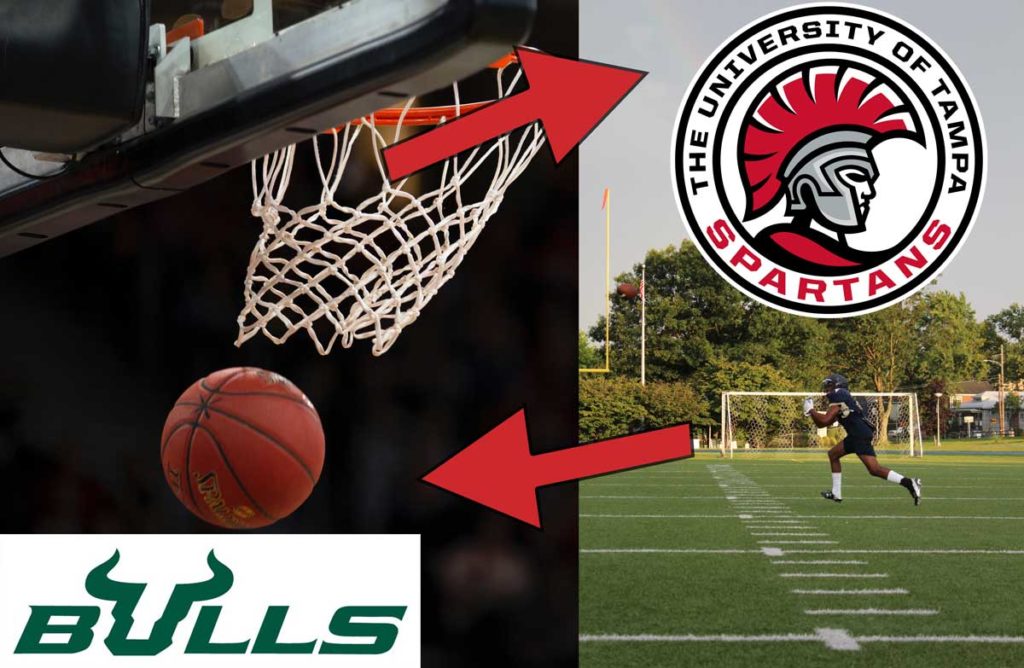 The UT basketball team roster and staff will join USF’s current program, effectively doubling everything about it.

“No other college or university has ever done something like this,” said co-head coach of the expanded USF Bulls basketball team, Georgio Velipez. “Our strategy for this next season is to double everything, our opponents are going to have five guys out there, well we are going to have 10!”

I tried to explain the rules of basketball and how he couldn’t do that, but Velipez explained he coached for some foreign sport and that anything is possible in American basketball.

At UT, crews are already hard at work constructing an $800 million football stadium for the new program.

“Yeah the stadium sounds expensive, but most of the cost is going towards removing all the families and the low income housing,” said University of Tampa construction management coordinator Wendy Clawfish. “Thankfully the city let us expedite kicking them out so we can finally get some pigskin tossing around here.”

Clawfish then put on a football helmet and we pretended to play football in her office until her secretary reminded her of an upcoming appointment.

“Well it’s been fun chatting with ya, hope to see you out cheering for the new team,” she said while I waved goodbye.

I tried to find some students to ask them about the news, I must have been wandering the University of Tampa campus for over three hours before I saw another person across the street.

“Hi, I’m with Tampa News Force would you mind talking to me?” I asked them, but they took off running without even looking back at me.

“What is going on?” I said to myself as I looked around and saw that I was standing in the middle of an empty street.

All of a sudden a red laser was pointed at my chest. Hundreds more appeared, all pointing at me from different directions.

“Don’t move or we will take you down!” I heard from a nearby megaphone.

“Or what?” I said sarcastically.

I was then shot hundreds of times, fell to the ground and died.