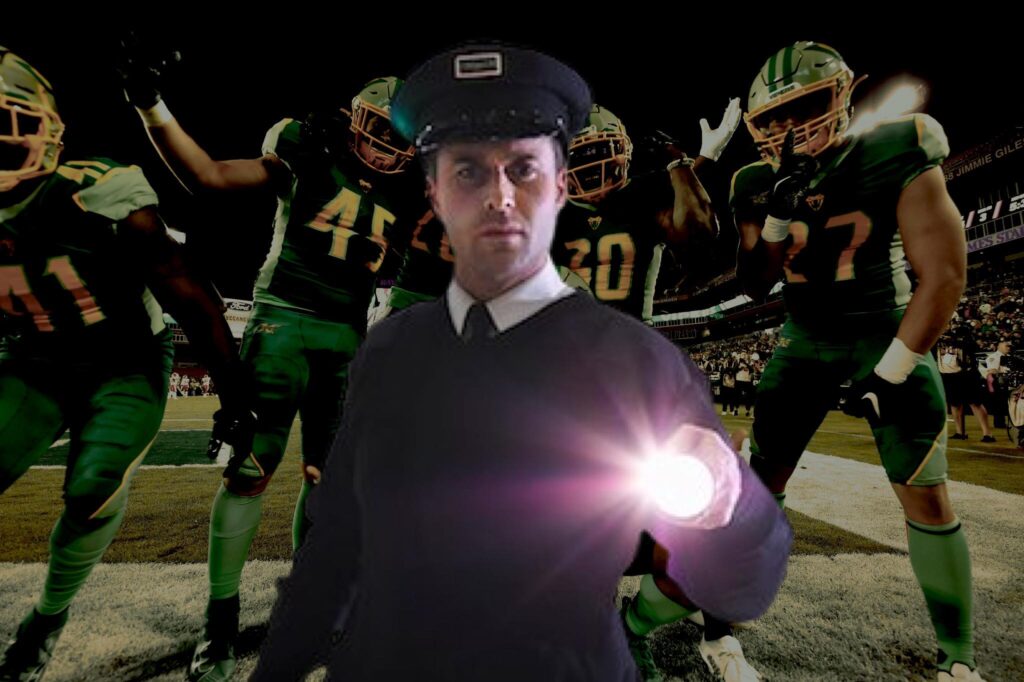 The Tampa Bay Vipers, a currently retired XFL team, were caught playing a game of football in their old home location of Raymond James Stadium at 3 am this morning, when a security guard on his rounds stumbled upon the event.

“They were all up and playing a full-on game of football with each other in the dead of night.” Said Reggie Elway, the late night security guard at the stadium.

“We packed them away for the winter, once the team was sold to The Rock, and Covid hit, we unplugged them all and put them under the arena to be ready for their next season. But there must have been a power surge or something, I think the weather needle got hit by lightning something like 6 times in a row, and that must have ultra-charged the XFL players, waking them up, causing them to play a spontaneous game of football.” Elway guessed.

“We love the Vipes!” Echoed a voice from behind Elway, down a hallway I couldn’t see.

“Yes, we do, we love the Vipes,” responded Elway, nodding his head turning back to me.

“Don’t pay him any mind, that’s Lester.” Elway said to me, not looking me in the eye.

“Oh no, no, no, no, I’m not doing this again, no sir, not no way.” Elway swayed back and forth, causing me major anxiety.

“What the f**k are you talking about Elway?” I demanded.

Then reality exploded into a bunch of tiny gold pieces, dust of sorts, that poured from a center point of the plane we were currently existing on.

“That’s not good.” I said to myself, scanning the scene around me as I held a now empty collar of the man I thought was Reggie Elway, the late night security guard at Raymond James Stadium.

You know, to investigate the case of the XFL players playing a game in the middle of the night.

Boy was I wrong.

Yep. Not even close.

I was able to wrangle myself to a new reality in a matter of moments, not sure how long, it could have been years, there was no measure of time in the space I was existing.

Just floating like I’m underwater I can’t hear anything just silence and space. I’m not sure if I couldn’t hear or there just wasn’t any noise. I never tried talking to myself.

Anyway, I get back to a new space and I think, “I need to figure out this XFL story!” Because I don’t want to get axed at work.

So I make up some shit, nobody cares or notices, and it works! Nobody even realized that nothing had happened and nothing was resolved, it was just more unsolved issues down at the XFL robot storage unit.