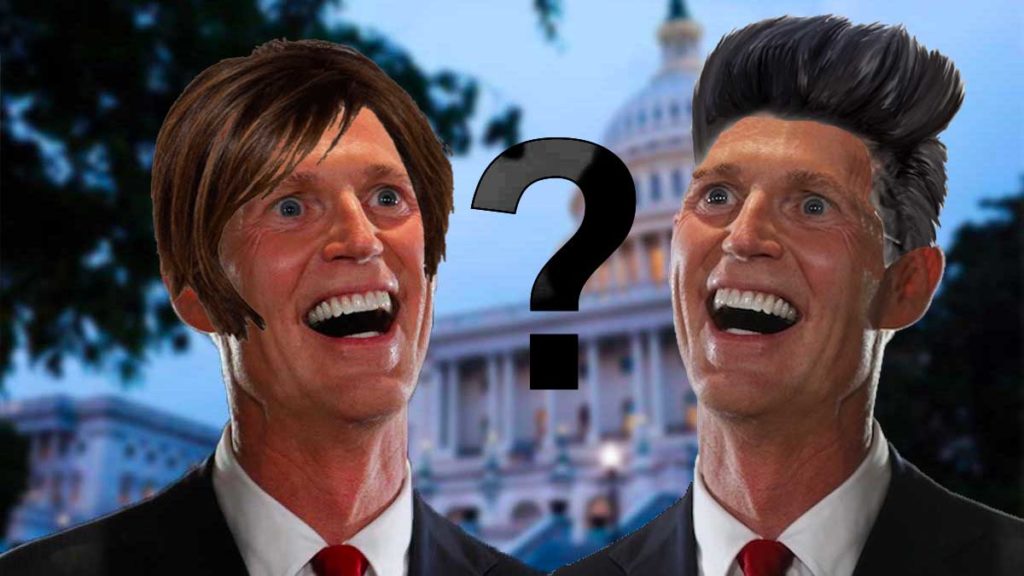 If you search on Google for pictures of “Young Rick Scott” you will find no evidence that this Florida Senator existed before the year 2010.

There are 99 other Senators in the United States Government. Each one of these elected officials has some sort of picture of them online when they were younger.

We at Tampa News Force (TNF) spent months searching for a picture of Rick Scott before he joined politics. Each attempt ended in failure.

“I typed every conceivable keyword that combined the words ‘Young’ and ‘Scott’ into Google until my fingers bled,” says TNF intern Munky Pooh. “I found a picture of him wearing a hat that said ‘Navy’ but even a photo of him in the actual Navy doesn’t exist.”

Pooh showed me his crippled typing fingers and he began to cry.

Pooh said he had so much trouble finding evidence that Senator Rick Scott ever had hair, that he resorted to photoshopping a couple pictures of him with hair. When he showed the editor of TNF the photos he found, they promptly fired him.

“This is a legitimate news site that guests frequent to get their XFL Vipers fix,” said owner of TNF, OJ Simpson after slamming his fist on the desk. “I want to know what this Rick Scott menace looks like with hair.”

Simpson threw his hands up in confusion and said, “Is that too much too ask?”