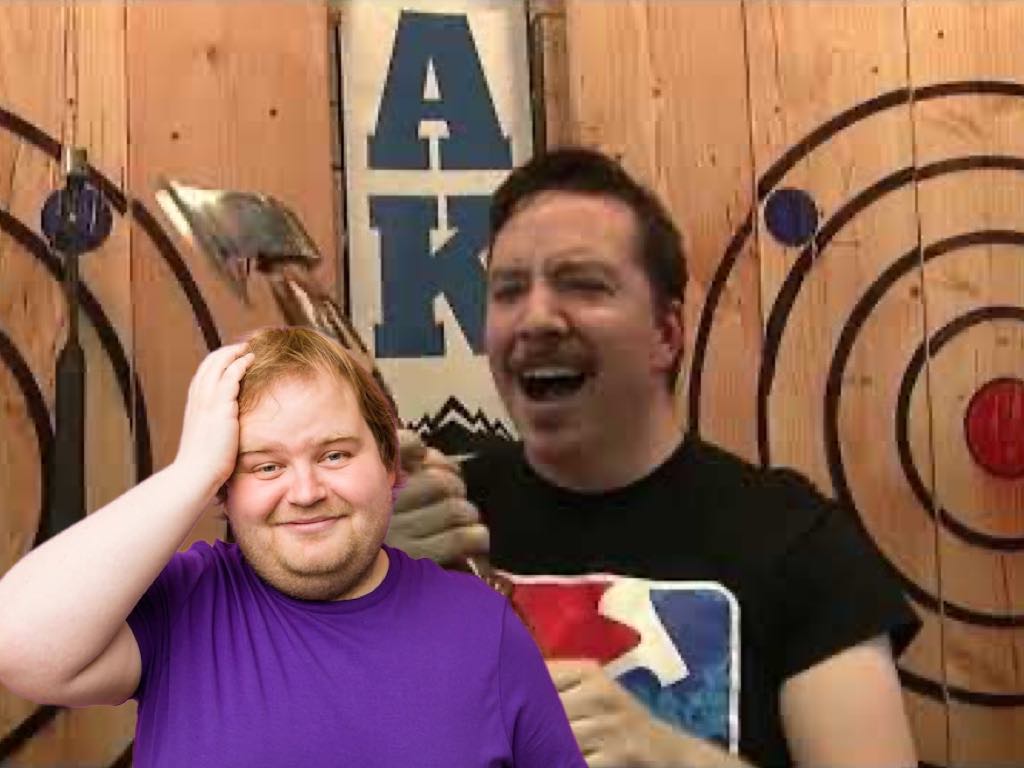 After watching the World Axe Throwing League (WATL) on cable television, a long-dormant glimmer of hope for becoming a professional athlete someday has been awakened within Kevin Thwort of Brandon, a man for whom any realistic chances of that ever happening died many, many years ago, if they ever existed at all.

“You know, when I was younger I always dreamed of being in the big leagues of some sport. It’s all I ever wanted, but it just didn’t work out for me,” he said recently as he drank 18 Bud Lites at Waxy Max’s Axe Throwitorium and Irish Pub while watching Benjamin “The Edge” Edgington compete in a tournament on ESPN2. “Mostly because I never played college ball. Or in high school. Or Little League. Or with kids in the neighborhood.”

“I just never got around to it, I guess.”

“But look at this guy,” he said, referencing Edgington on TV. “He doesn’t look that much more athletic than me and he’s the best! You know, maybe, just maybe…”

“It’s true, many of our competitors don’t resemble the traditional ideal of the classic, world class athlete. And frankly, that’s probably a large part of the appeal of our sport; you don’t have to be some elite-level physical specimen to compete,” said Mario Zelaya, commissioner and CEO of WATL.

“Okay, cool!” said Thwort. “I’ll quit my job tomorrow and just follow the axe-throwing circuit. I haven’t trained or anything but I’m sure I’ll pick it up as I go. How hard can it be?”

“I’m going to be the best axe thrower in the world!” said Thwort, oblivious to what Edgington had just said.

Thwort’s mother, with whom he still lives in a house in Brandon, said, “I’m not worried. If it’s like anything else he’s ever been excited about, he’ll lose interest in it before he gets home tonight.”

“A year ago, he was going to be the World Escape Room Champion, and I don’t think that’s even a thing.”