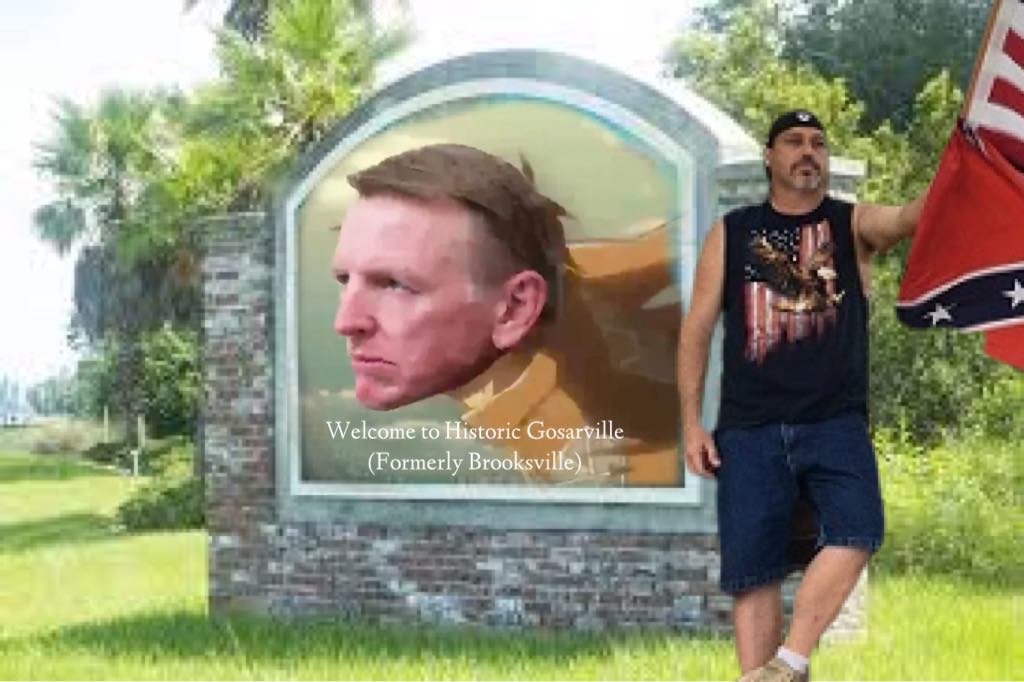 “For years, people – mostly you – have been harassing our wonderful community, just because we’re named after an old elected official who isn’t even from Florida who loved slavery so much that he beat a fellow legislator nearly to death with a cane just for advocating against slavery,” said Brooksville resident Danielle Glimpleton. “Well, now we’ll be named after a current elected official who isn’t even from Florida who hates immigrants so much that he makes cartoons depicting himself killing a fellow legislator and also the President, but not actually doing it in real life. That’s progress!”

“We haven’t even had a reported lynching here in a good while,” she added. “Pretty impressive, considering it was basically the town sport back in the day.”

“I gotta say, I was not in favor of this move at first”, said Keith Flugelhorn, another resident. “I really didn’t like Gosar; he was scary as hell in the first ‘Ghostbusters’. But I saw this anime on Twitter and I loved it, so hell yeah, I like him now!”

“That’s proof that Brooksville is progressive; we like Japanimation now!” added former Brooksville Mayor Kevin Hohn, who was arrested and charged with child exploitation offenses back in February. “Contrary to all kinds of evidence that would strongly indicate otherwise, Brooksville is a wonderful place… for certain people and select activities!”

← Office microwave way too f***ing hotQuiz: How cancel-able are you? →