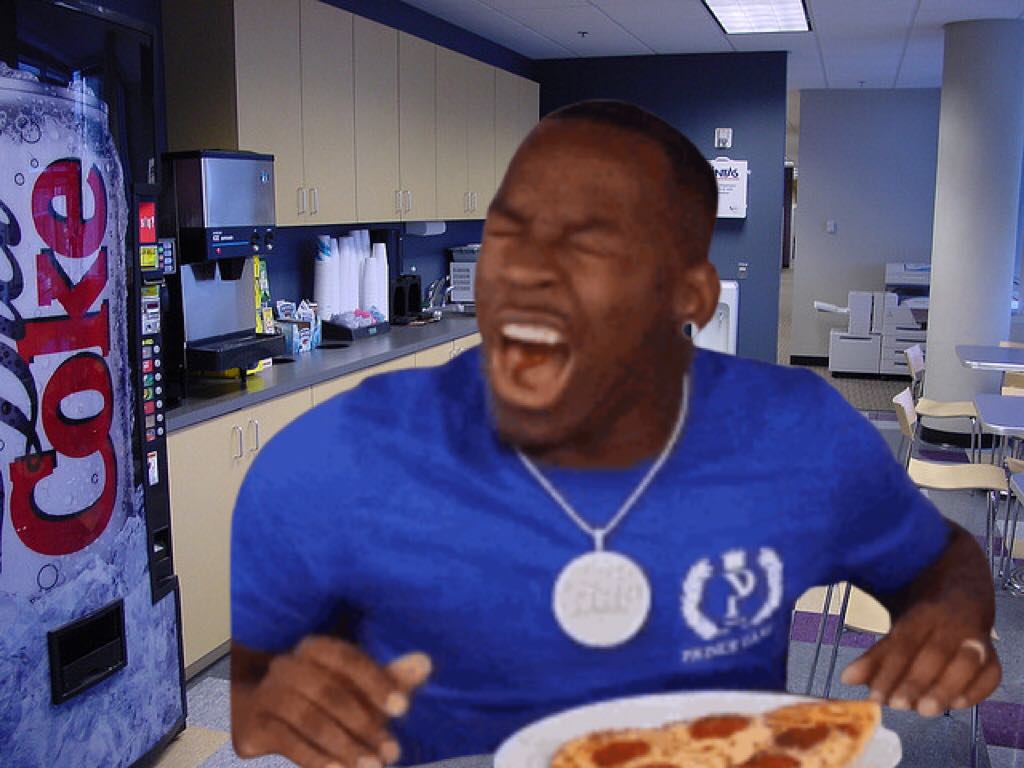 Mark Chapel, a clerk at United Business Logistics in downtown Tampa, has declared that the microwave oven in the company’s break room is “way too fucking hot”.

“Jesus Christ, this is fucking ridiculous! Fuck!!” He yelled, upon taking one bite of some re-heated pepperoni pizza he had brought in from home to eat for lunch. “That thing is way too fucking hot. I just burnt the fuck out of my fucking mouth!”

Marla Flores, a co-worker opposed Chapel’s judgment and suggested that the microwave was actually working fine. “It’s a fucking microwave. It heats fucking food. That’s its fucking job. What the fuck did you expect?”

“I fucking expected to be able to reheat some fucking pizza and eat it without destroying my fucking mouth,” Chapel replied.

“You can’t wait a fucking second for it cool down? You have to shovel into your fucking mouth the second it comes out, you famished, fat fuck?” rebutted Flores.

Chapel came back with, “My fucking lunch break is only 20 fucking minutes!”

In an attempt to mediate the suddenly escalating conflict between Chapel and Flores, another co-worker, Robert Muleforth, suggested that Chapel use a lower temperature setting for a shorter time on the controversial appliance.

“Motherfucker, I pushed the button that says ‘PIZZA’ right on it!” responded Chapel. “If that’s not the right button to push to re-heat fucking pizza, then why the fuck is it even on the motherfucker?”

“The fucking ‘POPCORN’ button works great and popcorn burns easier than anything. You’re both fucked up,” said Flores, directing her comment to Chapel and Muleforth simultaneously.

Muleforth attempted to withdraw from the discussion diplomatically, saying, “Okay okay, get off my ass! I’m just trying to fucking help, for fuck’s sake.” He added, “Fuck both of you and your fucking pizza and your fucking popcorn. I really don’t give a fuck.”

“Fuck! My fucking mouth is fucked up,” said Chapel to no one in particular, blowing, rapid cooling breaths over his severely damaged gums and tongue.

At press time, it was unclear what steps United Business Logistics would take to address the highly-divisive issue, however one thing is clear; the company has a major fucking profanity problem.