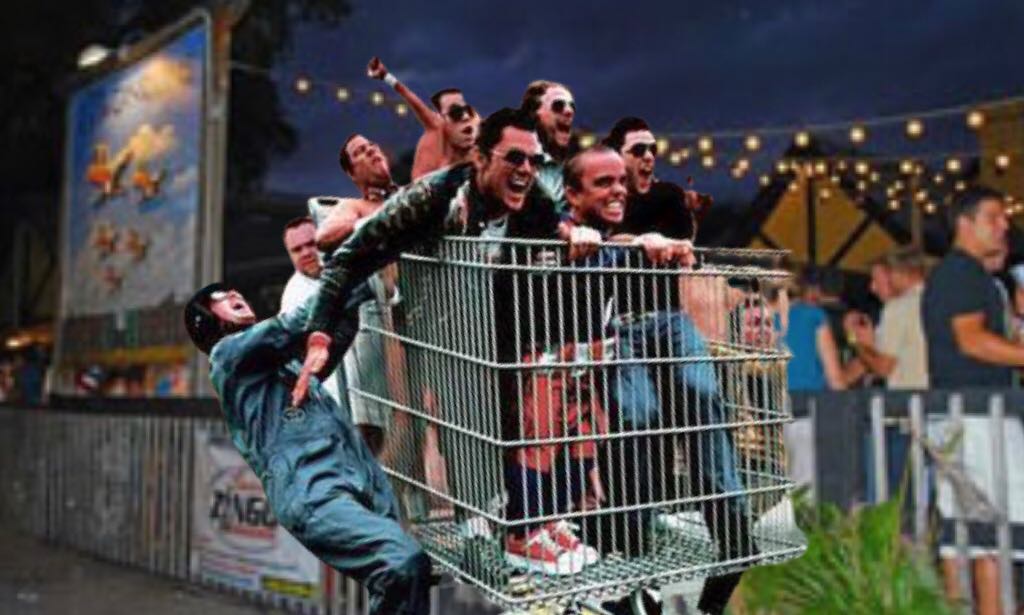 With COVID cases spurred by the Delta variant on the rise in Florida, the Center for Disease Control is employing some unconventional methods to get more residents vaccinated.

The original cast of MTV’s prank comedy show “Jackass” will re-unite and will travel around the state, tricking people into getting vaccinated.

“We don’t know if this will work,” said CDC spokesperson Carolyn Schnitzer. “But Florida is currently third in the nation in terms of COVID cases and around 24th in fully vaccinated people. That’s a recipe for disaster so we have to try anything we can.”

“Hi. My name is Johnny Knoxville. Welcome to Vaxass,” said the 50-year-old writer and star of “Bad Grandpa” as he burst from Ms. Schnitzer’s lectern and shoved her off the stage. “Legally, we can’t use ‘Jackass’ but you get the idea.”

Knoxville said he and his crew will be visiting various so-called “party districts” around the state and engaging in wacky stunts that will result in people receiving either the Pfizer or Moderna versions of the shot. They’ll begin their tour of Florida this weekend on South Howard Avenue in Tampa before moving on to Ybor City.

“None of the gags will be too elaborate. Basically, we’ll be going up to random people and sticking them with needles before running away laughing. Less than 50% of people in Florida are vaccinated so the odds are in our favor,” said Knoxville. “We’ll probably jab each other a few times too, because we love to torment each other and people enjoy seeing us do that. But no crazy stuff with skateboards or catapults. We’re all 20 years older than we were when the show was on. It feels good to do something that benefits the greater good so we’re willing to risk an accidental OD or two but not a broken hip.”

Trevor Chumbliss, a regular patron at MacDinton’s in South Tampa said, “I have chosen not to be vaccinated for a number of personal reasons but if Steve-O or Bam Margera sneak up on me and jam a needle in my arm, what can I do? Am I going to complain about being the victim of a joke by the greatest team of pranksters ever? I don’t think so.”

← Crypto Sex Parlor Opens in TampaQUIZ: Should I wear a diaper? →