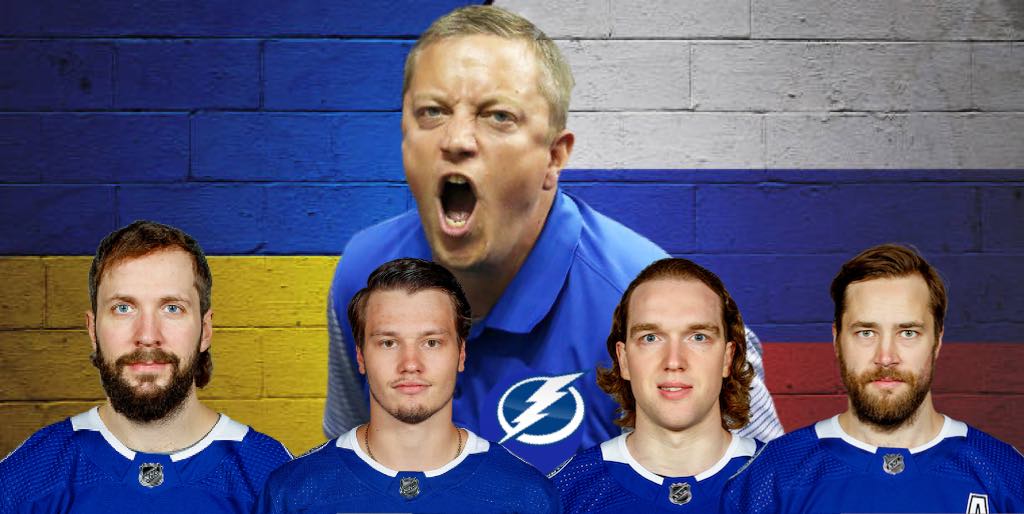 Steve Ipsnitch of Brandon, who has been a Tampa Bay Lightning for over three years, is demanding that the team release all players of Russian descent immediately, in response to Russia’s invasion of Ukraine.

“Not just released, I want them deported, right now!” he exclaimed. “Something has to be done and these Russian billionaires are not doing anything.”

“And if there’s one thing I know about global politics and professional hockey, it’s that Mikhail Sergachev could call Putin up and put a stop to this outrage, if he wanted to,” he added. “And since that’s not the case, he’s gotta go. Him and all of his Russian buddies. Vasilevskiy, Kucherov, Hedman. All of ’em. Back to Minsk or Siberia or wherever.”

“Umm, I’m Swedish,” responded Victor Hedman. “And Minsk is the capital of Belarus.”

“Oh right. That’s exactly what a sneaky, crafty Russian would say, isn’t it Victor? Or should I say Viktor??” sneered Ipsnitch. “Russians like K’s”

“Listen, the bottom line is professional sports and the people involved in that industry are obligated to speak out on behalf of social issues and matters of global importance,” said Ipsnitch. “I mean, aside from that Kaepernick nonsense, of course.”