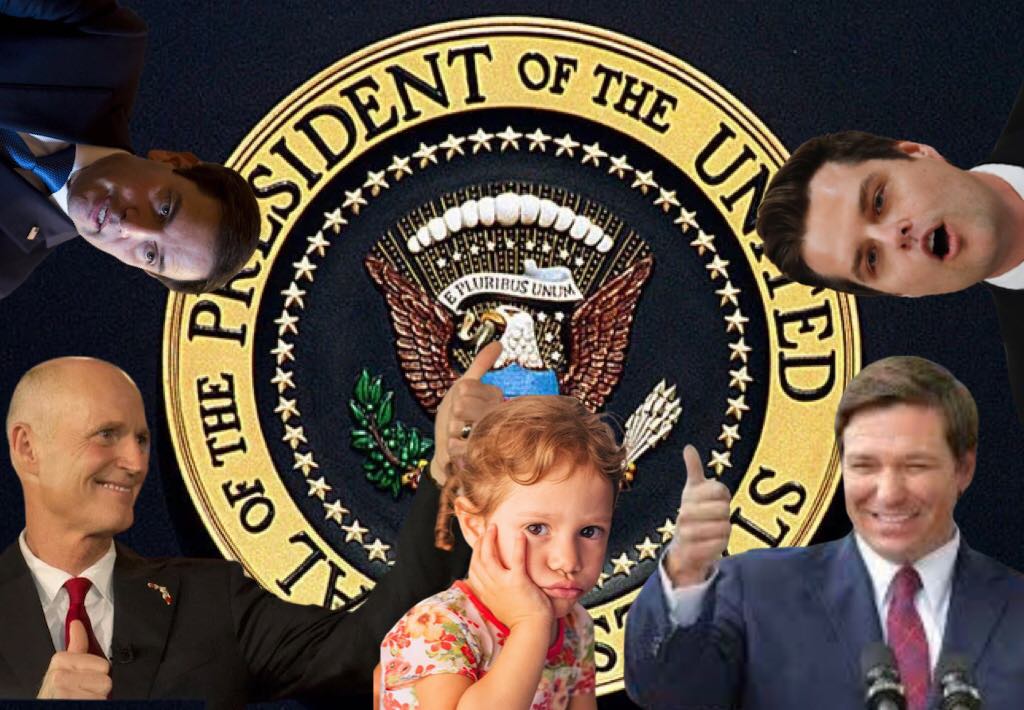 7-year-old Amanda Mercer, a 2nd grade student at Azalea Elementary School in St. Petersburg is feeling extremely apprehensive about her future due to who may eventually become President of the United States during her lifetime.

“It’s entirely possible that Rick Scott and Ron DeSantis could both serve two terms in the White House during my lifetime”, she said. “I don’t know how likely it is but it IS possible and that’s terrifying.”

“81.1 years is the average life expectancy of an American woman. We’re not studying percentages or fractions yet but I’m pretty sure that if they both get elected twice, that would be 16 years and that’s 20% of my entire life, a fifth of my time on Earth. I guess that wouldn’t be so bad if I were wealthy since those people will always be fine, especially with a couple of lapdogs like Scott and DeSantis in charge. But since I wasn’t born wealthy, that’s not likely. Maybe I should start thinking about trying to marry a rich Republican man, but I don’t even know yet if I even identify as heterosexual. Of course, with those greedy ghouls in charge, that projected life expectancy for women will probably go down”, she said, sighing. “I don’t know if that’s good news or bad news.”

Adding to her stress level is the lack of any clear-cut young candidates to oppose Scott and DeSantis in future elections. “Biden and Sanders will be long gone. Who does that leave? Beto O’Rourke and Pete Buttigieg I guess? Yippee”, she said scoffing, before adding, “And don’t even try to suggest that AOC will ever have a realistic shot”, scoffing even harder.

“As if all that isn’t depressing enough, Marco Rubio is 49 and Matt Gaetz is only 38, so add those idiots into the mix too”, she said, fighting back tears. “A veritable all-star team of cement-headed Florida Men. Just fantastic.”

“This is ridiculous. I’m seven! I have my entire life ahead of me”, she said as she lit a cigarette. “At this point in my development, I shouldn’t be focused on anything more complex than ‘Ask the StoryBots’.”