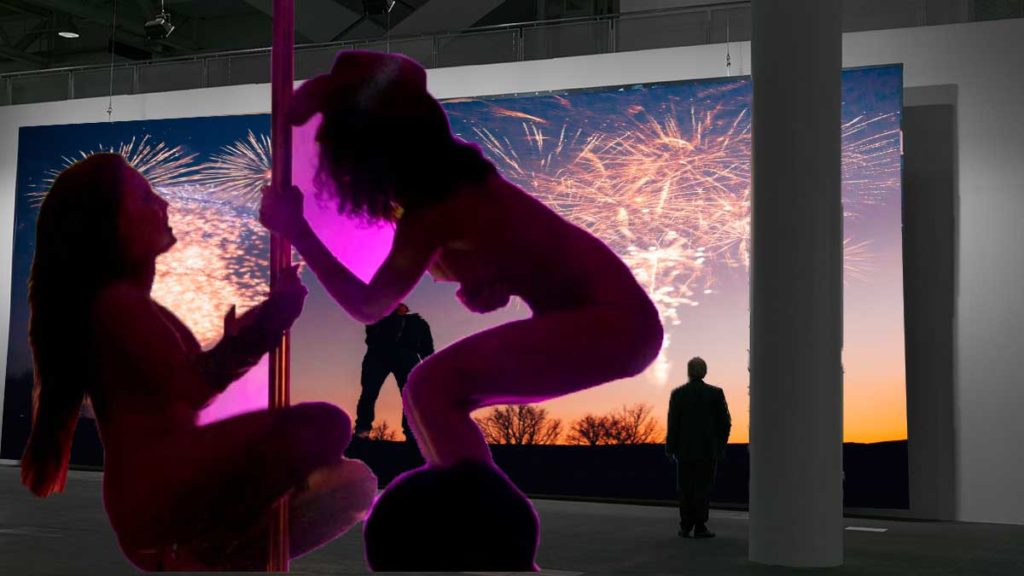 The gentleman’s club formerly known as Bendy’s in the Drew Park area of Tampa will reopen this spring as The National Loneliness Hall of Fame and Museum.

“Tampa is widely known as the strip club capitol of the world and everyone knows there‘a nothing more lonely than guys who hang around in strip clubs,” says new owner Cyril Van Powerhouse. “So this will serve as a perfect monument to the time-honored institution of living an entire life without ever knowing what love is.”

The 6,000 square foot cinderblock structure near the intersection of West Cayuga Avenue and North Hubert Street served as an adult establishment where nude women danced to entertain sad, broken and pathetic men. “Interesting trivia about this club; it was called ‘Bendy’s’ because if they named it ‘Bottomless Pit of Endless Despair’, that wouldn’t have fit on the matches,” said Roxanne ‘Roxy’ Troxler, who danced at the club for 35 years and will now serve as a curator for the museum.

“Some of the sorriest sacks of sad to ever shuffle completely alone forever across God’s green earth were separated from their entire paychecks, one single dollar bill at a time, in this very room,” she said. “It’s only fitting that we honor them and their sacrifices.”

The highlight of the museum will be the Loneliness Hall of Fame, a wall with plaques dedicated to the loneliest men of all time. The first inductees will be George Lutz of Lutz (no relation) who is credited with being the first man to ever think that a stripper really, really liked him along with Teddy Chalkwood of Brandon who holds the record for getting catfished, 118 times with five of those coming from one woman.

The third and final inaugural inductee will be Carl Kroboks of Tampa. “He’s my personal fave,” Troxler says. “He once went on a date with a woman that had rejected him previously, who only wanted to go out with him in the hopes that he would introduce her to a friend of his. What a stud!”

“We’ll add more inductees over time, of course,” said Van Powerhouse. “Nominees will need to submit themselves for eligibility, since anybody who might have someone in their life who would care enough to do that for them is automatically disqualified, obviously.”

When I asked Van Powerhouse and Troxler if women would be represented with any displays or memorabilia or hall of fame inductees, they looked at each other and started laughing.

Admission to the National Loneliness Hall of Fame and Museum is $10, no group discounts of any kind.