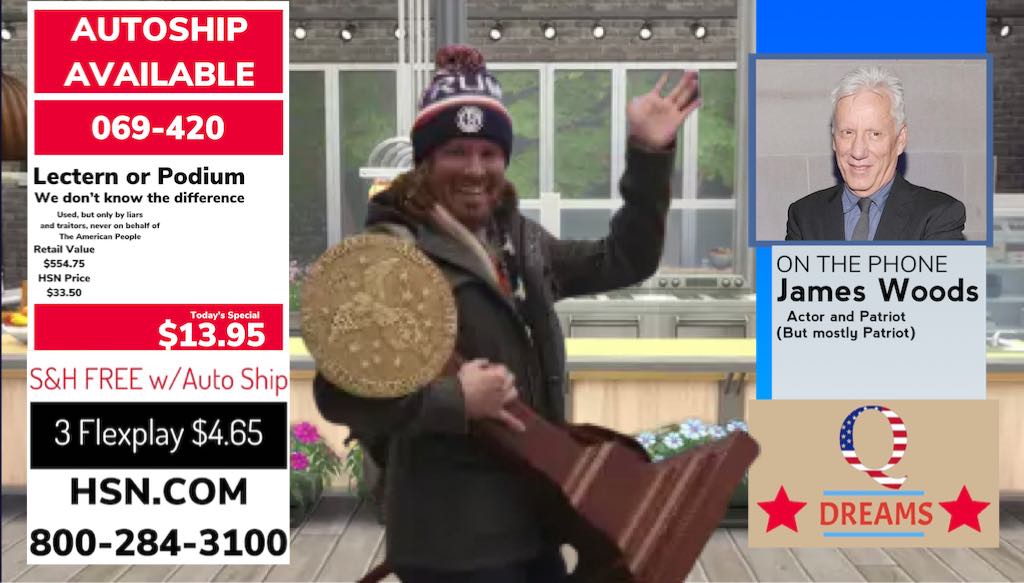 Adam Johnson of Parrish, who has gained some notoriety recently for his participation in the insurrection at the Capitol Building in Washington DC on January 6th, has been given his own show with the Home Shopping Network.

HSN producers say the St. Petersburg-based television network owned by the Qurate Retail Group, which also owns catalog company Cornerstone Brands, had hired Johnson as an on-air host prior to the unfortunate incidents of that day. “Adam was in town to find merchandise for his new show, which will feature lifestyle items and unique furniture pieces, and just happened to get caught up in the insurrection”, said HSN spokesperson Helen Byrdfahrt. “The only thing he was trying to disrupt was outrageously high prices found elsewhere.”

“Yeah man, I’m still not sure what happened”, said Johnson. “We were scouting some thrift stores near Noma and this group of people passed by and we just kind of got swept along. Next thing I know, I’m in what I thought was some old church where I found a couple really unique treasures that I thought my viewers would really enjoy. Turns out I was in the Capitol Building and I had inadvertently picked up a nightstand or something that belongs to some lady named Nancy. Oops! Sorry about that, Nancy!”

He said he feels bad about the misunderstanding. “If Nancy, or anybody else who was bothered, tunes in to my show’s premiere next Tuesday, I’ll be offering a special discount on some steak knives I liberated from the senate commissary.”