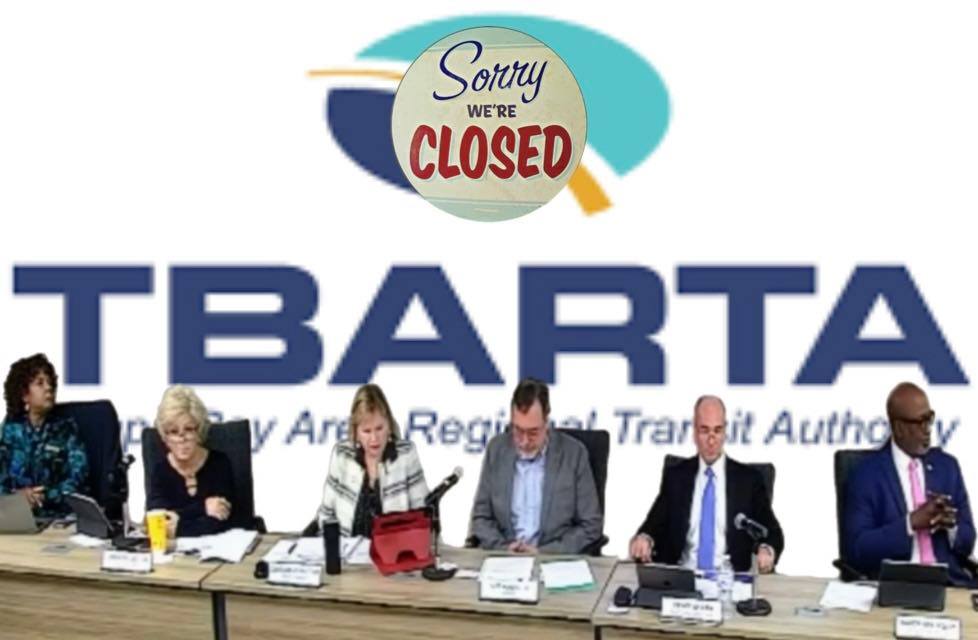 “Fuck it,” said TBARTA Chairman Cliff Manuel Jr. “We out.”

The agency, started by the state in 2007 but not having received funding from the state of Florida for the last three years, had accomplished nothing significant in its existence and will shut down operations at the end of this year.

“Somebody is in charge of this shit?” asked Tampa resident Elizabeth Walker incredulously while standing at a trash-strewn bus stop on Columbus Avenue and trying to figure out if it was even possible to get to St. Petersburg without a car or boat.

“We had a good run, though, didn’t we?” he said before answering his own self-congratulatory rhetorical question. “No. No, I guess we didn’t.”

“Kinda had the exact opposite of a good run, I suppose. Oh well,” he added, shrugging. “I’m getting 20 weeks severance pay once we’re all done not doing anything.”

In other ineffectual public service news, the Tampa Bay Times is reporting that having failed to come up with a halfway decent bus system, some of the greatest thinkers of the Tampa Bay Area have announced they’re taking on nothing less than climate change via another organization with a cool, official sounding multi-word name, the Tampa Bay Resiliency Coalition (TBRC).

TBRC Executive Director Sean Sullivan said, “There’s no parallel. Just because that organization failed to come up with efficient and affordable local bus service to serve our region, there’s no reason to believe we won’t be able to save lives and property by strengthening the region against extreme weather and cooling off the sun.”