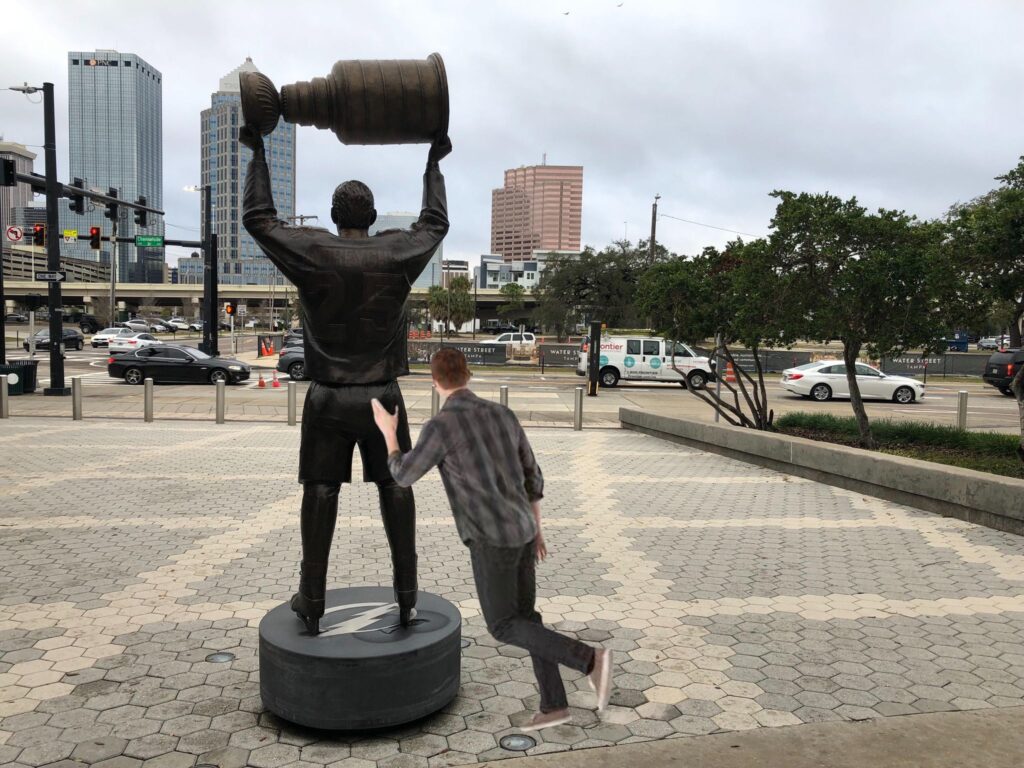 The statue of former Tampa Bay Lightning captain and NHL Hall of Famer Dave Andreychuk near the entrance to Amalie Arena has had enough of being touched inappropriately without consent.

“Thousands of people pass by me every week and most of them are respectful and polite. They’ll stop and take pictures with me and I’m fine with that,” the 9′ tall statue said. “But more than a few of them feel like it’s okay to smack me on the ass and I’m fed up with it.”

“I’m not just some hunk of meat,” the 600-pounder that was unveiled in 2014 continued. “I mean, I’m not a person. I am a hunk of bronze, which is also an inanimate, non-sentient object, similar to meat in that specific regard. The point is I still deserve a basic level of respect.”

“I’m holding a replica of the Stanley Cup over my head, for Pete’s sake! It’s the most cherished trophy in professional sports!”

Lightning fan Bruce Kloosins, who attends every home game admits to being one of the people the statue has a problem with.

“I give ol’ Andy – that’s the real Dave Andreychuk’s nickname – a nice whack on the ass on my way into the arena. It’s just a good luck tradition. I also do the same thing on the way out after a win, as a form of celebration. It’s not meant to be disrespectful. It’s like ‘hey, good game’, you know?” he said. “Okay, sure, every once in a while it’s more of a loving caress that lingers a little longer than necessary, but sometimes it’s a really good game, you know? Like when we beat the Flyers 4-0 back in November. Yeah, I went in that night.”

Reached for comment, the nearby statue of Lightning founder and fellow Hall of Famer Phil Esposito said, “Ah, suck it up and deal with it. It’s part of being a statue. I’ve been here since 2011 and have experienced that and worse. You don’t hear me bitching about it. That’s a big difference between us old statues and this younger generation, I guess.”