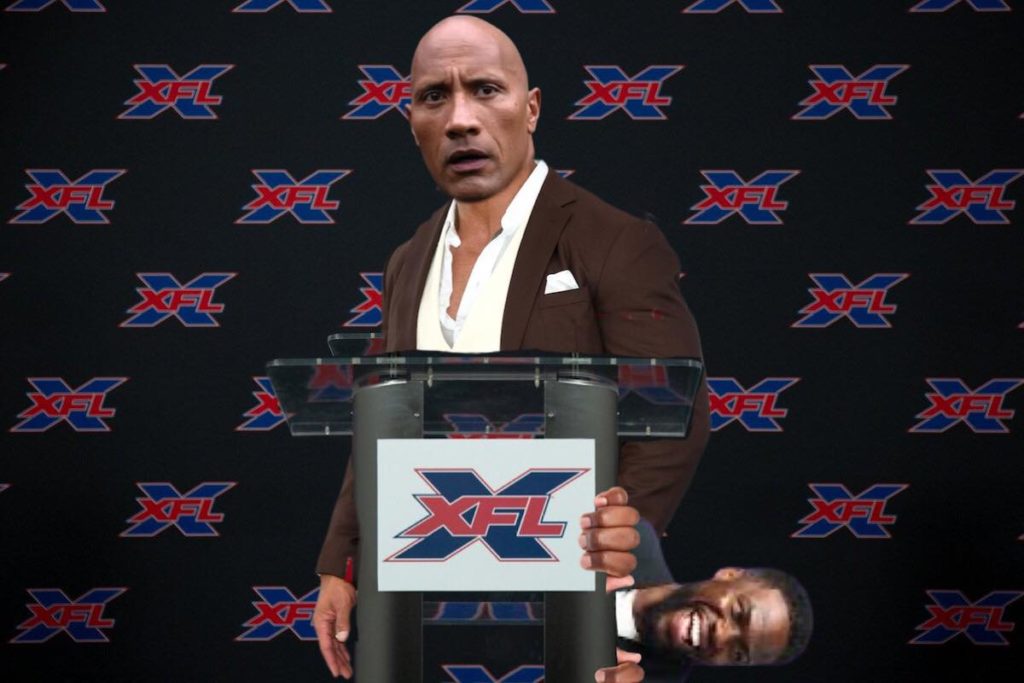 Tuesday the XFL announced a new, global multi-year agreement with The Walt Disney Company and ESPN, which includes exclusive broadcast rights for all gameday content, tentpole events and more, for its upcoming 2023 season through 2027.

Each season, all 43 games (40 regular season games, two playoffs, one championship) will be featured on a combination of ABC, ESPN networks and FX.

The announcement was revealed at a press conference where XFL owners Dany Garcia and Dwayne ‘The Rock’ Johnson shared the news.

Once the assembled media stopped laughing, one reporter said, “Wait, this is for real?” to which an incredulous and annoyed Johnson replied, “Yes, this is for real. Why does everybody keep asking that? I’ve invested real money and this is a real thing and we’re going to play real football in 2023! Come on guys.”

“We’re sorry, Mr. The Rock,” I said, because I was there to cover the event. “It’s just that you’re known for having a sense of humor and it has always seemed a little far-fetched to bring back a football league that has been dead for over two years and that not that many people seemed to care about when it was active. Plus, being from Tampa, we already have one invisible football team that was brought back from the dead for some reason with the Bandits, so you know, when you said you were bringing back another one, we kinda assumed you were joking. I’m sorry. We’ll be more respectful going forward.”

“Well, please see that you do,” The Rock replied. “We’re all professionals here. Let’s conduct ourselves accordingly.”

Then I saw Kevin Hart peeking out from behind the lectern, laughing uncontrollably and now I’m not sure what to think. Go Vipers, I guess.