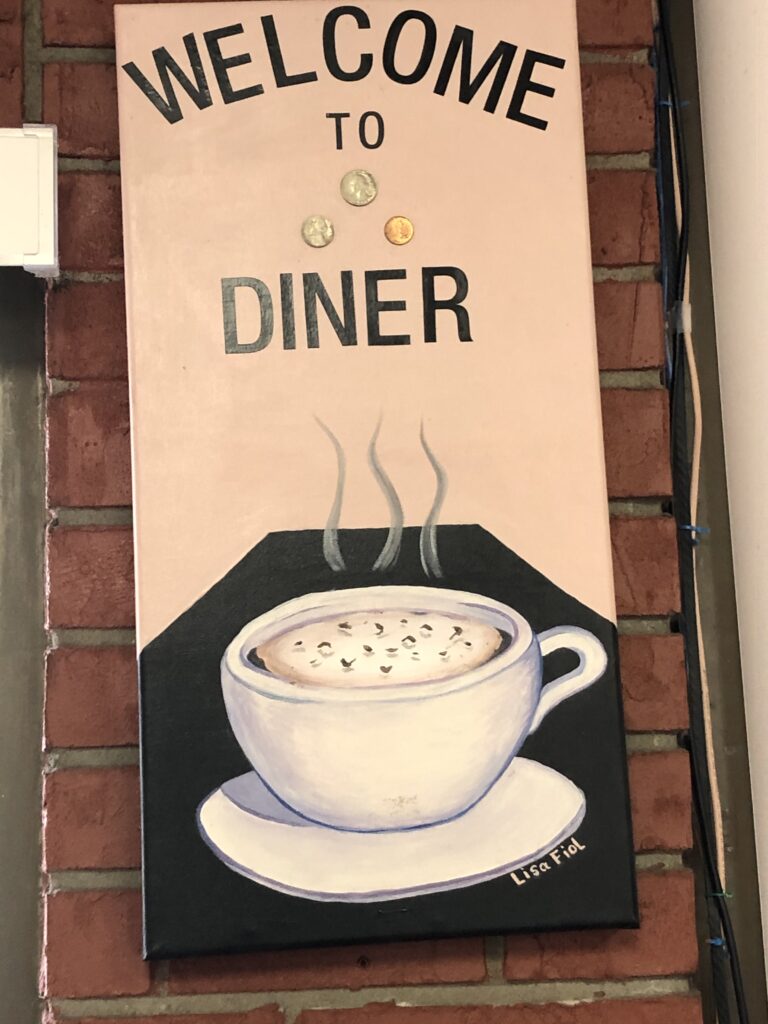 Tampa’s Doug Festel, an amateur critic who specializes in unsolicited criticism and appraisals has placed a monetary value on a piece of contemporary art on display at the Three Coins Diner on North Nebraska Avenue.

“See, there’s a quarter, a nickel and a penny glued to it”, he explains unnecessarily, gesturing to the painting attributed to local artist Lisa Fiol hanging behind the eatery’s cash register. “The other $5 is what I would charge to take it outside and set fire to it, after I peel off the 31 cents.”

For some reason, he continued, “I could just toss it in a dumpster. That would be easier but doing so would actually decrease the value of the dumpster. Because it sucks. The painting, not the dumpster. The dumpster actually serves a purpose and has a reason to exist, which can not be said about the painting.”

Literally nobody asked Festel for this opinion. “I kind of like it. It’s cute,” says Three Coins cashier April Klondersten. “Instead of the words ‘Three Coins’, it has three actual coins. See?” She added, “It’s been up there a while. I think a regular customer who loves coming here made it and that’s sweet. Who cares what some loud jerk whose idea of a tip is to just round his check up to the next even dollar amount thinks about anything?”

That reaction to Festel’s scathing dismissal of the painting is fairly common, as he has exactly no credibility, including no formal art education or experience with ever creating anything and has never once been asked by anyone what he thinks. Rather, he’s just some aggressively unpleasant, random guy who says unnecessarily mean things about stuff everywhere he goes and is a notoriously bad tipper.

Festel defended himself, saying, “In spite of being a member of a global community of assholes dedicated to draining every ounce of joy from anything we encounter, a community that seems to add more members every day, I’m surprisingly lonely.” I suggested maybe it’s not really much of a surprise, to which he shrugged and started to review somebody he saw playing guitar on the street in Ybor but I paid for my pancakes and left before he could get too in-depth into that.