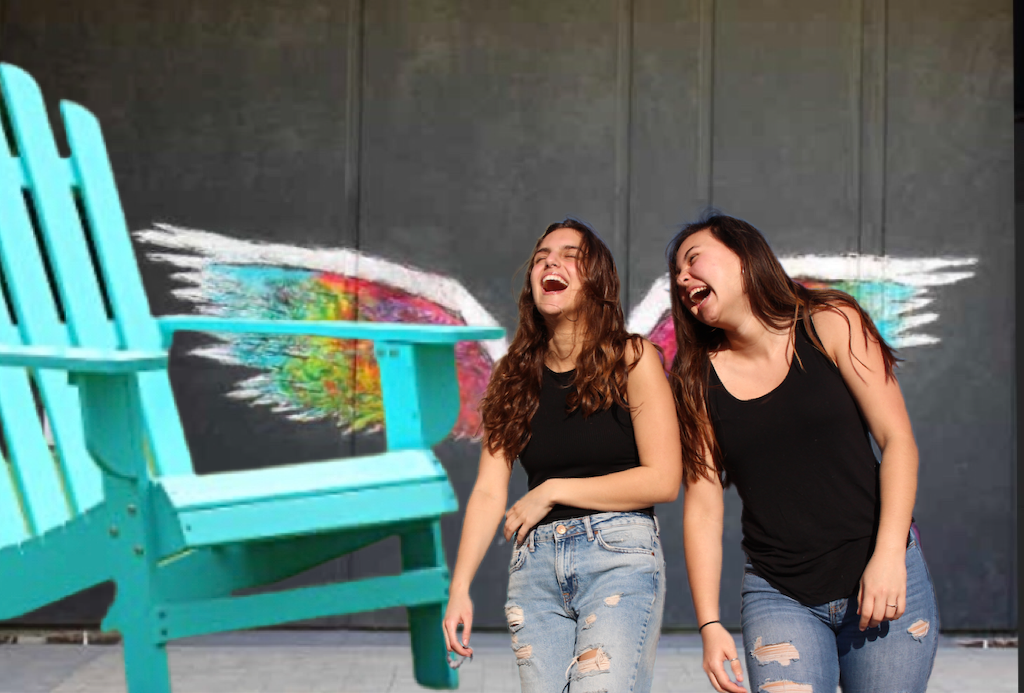 The long-planned grand opening of Beer Bros Tap Room and Craft Brewery in Seminole Heights has been cancelled, along with any plans to ever open at all after a bitter disagreement between the partners over a business matter.

“I wanted to have an angel wings mural and he wanted an oversized beach chair”, says Joe Horton about former partner Terry Plank. “So I guess that’s that. We’re done.”

“The obvious question is ‘why not both?’ But we only had enough money budgeted for one photo opportunity prop”, says Plank. “And an angel wings mural is  stupid so we’ll never work together again.”

Horton disagrees with Plank’s opinion about the mural. “Have you ever seen a hot girl resist the chance to pose for pictures in front of a pair of angel wings painted on a wall? Every woman on Facebook has at least one as a profile pic. Terry is a moron.”

“The giant beach chair is much funnier,” counters Plank. “It’s hilarious! Look how big it is! So much bigger than a regular beach chair!! Anybody who doesn’t see the inherent humor in that – like Joe – is an unsophisticated clod.”

Horton says Plank’s idea is impractical. “A giant chair takes up too much space, whereas a mural requires no space whatsoever because it’s just something painted on a blank wall. That’s the kind of thing Terry doesn’t take into account because he’s an imbecile who can suck my balls.”

“Impractical?!?”, responds Plank incredulously. “Only one person at a time can pose in front of a dumb wings mural. Large groups of people could climb into the giant beach chair, because it’s such a big chair. And not just women. You ever see a guy pose for a picture in front of an angel wings mural? I doubt it. Plus our logo would be on the chair and in every picture taken in it! It’s basic marketing, which Joe might understand if his mother wasn’t a whore.”

Horton’s mother, who isn’t actually a prostitute, says that both men have been friends since they were young boys and have always interacted with one another like this. “Yep, this is pretty typical for both of them”, she says. “They’ll work it out and open the place up or they’ll be mad at each other for a while before moving on to some other idea. Either way, they’ll eventually give up on the whole thing. Just like their t-shirt printing business and that charter fishing boat they bought. They lost interest in both of those after a couple of years, too.”

She added, “they’re both pretty stupid when it comes to things like this; that’s why they’re perfect partners.”