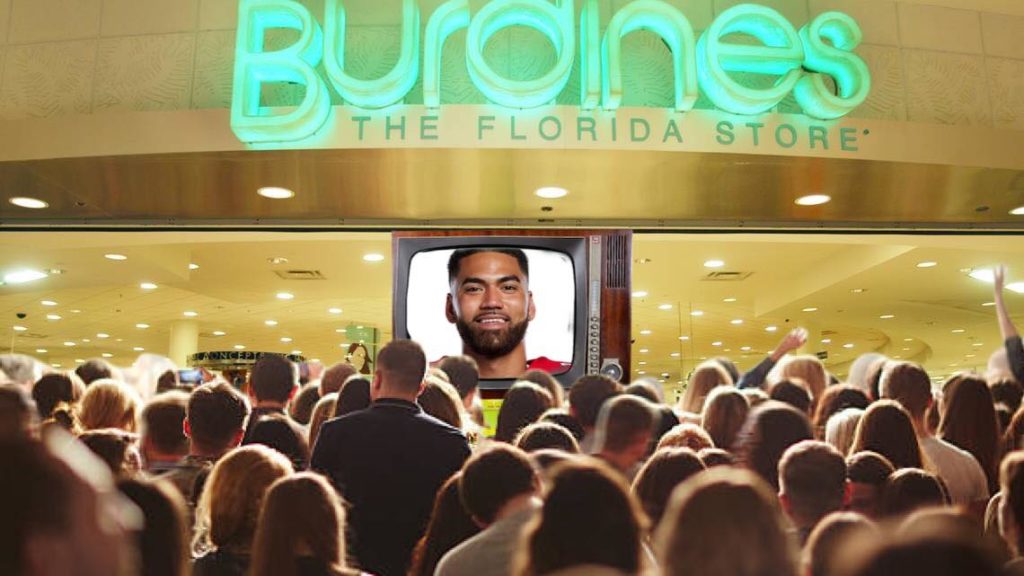 In an effort to reach out and be more accessible to local fans, the Tampa Bay Bandits will be hosting an appearance by quarterback Jordan Taalolo Ta’amu-Perifanos at a nearby shopping center this weekend.

“We know it’s been kind of difficult for Tampa Bay fans to form any kind of allegiance with us, since all of our games are played in Birmingham and we have absolutely no local presence whatsoever,” said Bandits Vice President of Having a Local Presence Tom Osynlig. “Nobody is buying t-shirts, jerseys, hats, bumper stickers or coffee mugs because for the most part, they forget we even exist, like we’re a distant memory of an outdated concept. That’s not true but it is our fault that people feel that way. We’ve got to do a better job of getting out there and letting people know that we are current, relevant and a part of today’s Tampa Bay community. And that starts Sunday when people can come out and meet Jordan Taalolo Ta’amu-Perifanos!”

“Well, not meet, like in person,” he added quickly. “We’re not sending him all the way there from Alabama for that. The day after a game against New Jersey? Ha ha! Come on! That’s really stupid.”

“And they won’t be able to talk to him or have him talk to them, but they will be able to look at him do stuff, live from Birmingham, on a nice big television we bought for the occasion. A 32-incher I think, one of the good ones. Color!” he said. “So that’s something.”

Tampa Bay Bandits quarterback Jordan Taalolo Ta’amu-Perifanos will be appearing (on tv) at the Burdines at Floriland Mall, 9309 N. Florida Avenue in Tampa, from 12:13 to 12:37 (appx.). Tickets are just $5 and are available at all local Camelot Music and Blockbuster Video locations.