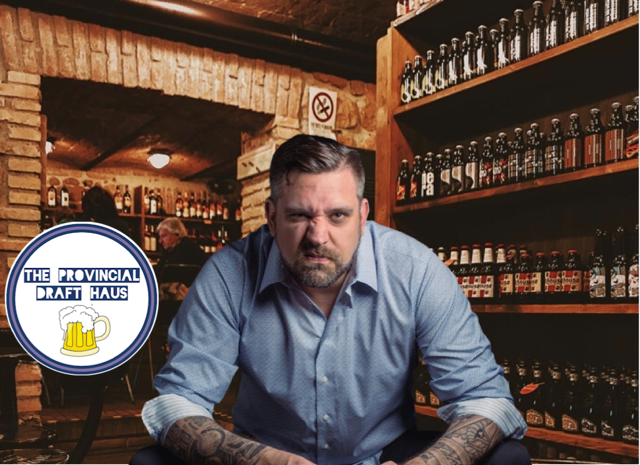 The state of Florida ban on bars opening ends Monday morning at 12:01AM, finally allowing local watering holes to resume operating and hopefully generate revenue and bring some service industry employees back to work.

During the ban that was put in place back in March as a result of quarantine measures related to the COVID-19 pandemic, most establishments suffered, with many closing permanently while others tried to scrape by with creative fixes, such as adding food service and partnering with food trucks in order to be classified as restaurants.

In addition to the majority of taverns who genuinely care about their employees and are committed to providing excellent service to their patrons, the shitty places will be opening again as well.

“Ppppt, amateurs”, snorts Geoff Breens, the owner of the Provincial Draft Haus, a chain of indistinguishable, dime-a-dozen, faux-brewery dumps with locations in Carrollwood, Oldsmar and Orlando and plans to expand soon into downtown St. Pete and Pasco County. “We’ve been what you’re calling ‘creative’ for years, particularly in the area of treating our staff like trash and passing the savings on to our customers and me!”

Breens cites the time he received feedback from employees who didn’t like being required to clean the establishments after closing time. “Overwhelmingly, everyone said they hated the cleaning after hours. Surprisingly, we just thought that was just a part of the business and that every bar and restaurant required employees to stay for extended periods of time after their scheduled shifts to complete thorough cleaning. We didn’t realize that we were the only ones doing that so we apologized. I got quotes from cleaning crews to come in after hours in order to try and grant their wishes, so they could work their shifts, do some minor cleaning, collect their tips and get out of there. Unfortunately, I had to cut expenses so I could afford it so I asked the employees to submit the names of three bartenders to fire in order to accommodate their request. Hey, that’s the business side of running a bar; when you add an expense, you have to cut cost somewhere and what better way to impact morale than pitting employees against one another?” He added, “There’s no aggression like passive aggression.”

The chain classified employees who were furloughed as a result of COVID as terminated due to ‘voluntary job abandonment’, which has made it unnecessarily difficult for those people to qualify for unemployment benefits and other forms of financial aid. “I’m going to go ahead and say that was also a business thing: funny business!”, Breens said, giggling. “It was funny to me, at least.”

Breens doesn’t always handle such menial tasks as dealing with human beings he apparently regards as parasitic peons whose existence is an annoying necessity himself, entrusting his managers Aleexa, JoJo and Domino to handle things such as firing people via email for offenses like not covering shifts when they had to attend funerals for loved ones.

“I once told a well-liked bartender to alter her persona by straightening her hair, stop wearing hats and maybe wear heels like I do because you have to look ‘professional’ or ‘ more hot'”, says Aleexa. “I mean, it’s not like I told her to smile more. That would be sexist. Plus, everyone knows tits out equals tips up!”

The Provincial Draft Haus will re-open tomorrow, along with literally about a million other places that actually deserve your patronage much, much more.