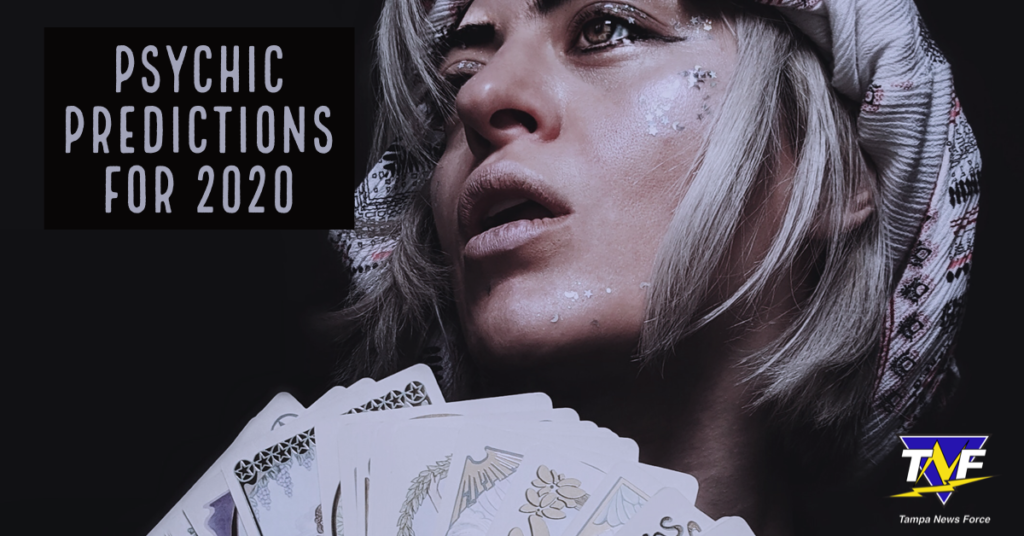 The Amazing Desdamona, widely considered Tampa Bay’s most accurate psychic, has predicted that the year 2020 will be very similar to the year 2019.

Her 2020 prognostication sounds very similar to those she issued for 2019, 2018, 2017 and every other year. “That’s because it is. I’ve been saying it for years,” she says while arranging crystals made from chicken bones in the shape of a pyramid around a deck of tarot cards. “Mercury going in and out of retrograde or whatever is a factor, but it doesn’t override basic human behavior, whether it’s beneficial or self-destructive. It’s self-sustaining, in spite of what cosmic forces may or may not be in play.”

Rebecca Jo Taylor-Scott of Oldsmar is a dedicated believer in the local oracle’s psychic abilities.

“The first time I visited The Amazing Desdamona, I asked her if I would ever find true love and happiness, she said ‘not if you keep hooking up with shitheads, honey’. Sure enough, I immediately broke up with the vape scientist I was dating at the time and started seeing this guy who tattoos pets for a living before eventually marrying Senator Rick Scott and I’m utterly miserable. She absolutely nailed it! So when she says 2020 isn’t going to be much different than 2019 unless we adjust our attitudes and habits, you can bank on it!”