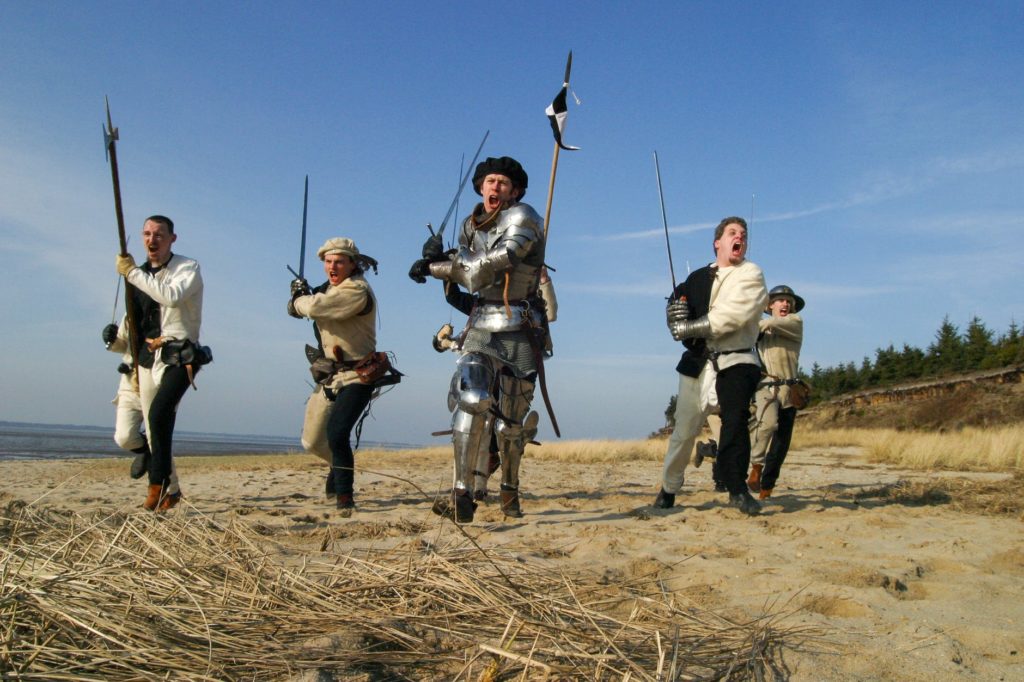 The Bay Area Renaissance Festival kicks off tomorrow, recreating a 16th century village with 80 arts and crafts vendors, unique food items, games, 12 stages featuring live entertainment and a whole bunch of people who couldn’t care less about your criticism of them.

They’re setting up today and I visited to see what kind of foolishness was happening. I approached one of the participants, a Renata Dietz of Temple Terrace who probably goes by the name of ‘Lady Shufflepuck’ or something equally silly while the fair is going on, and asked her, “So what’s up? Are you a maiden or a wench?” She answered by staring at me with no expression on her face until I felt really stupid and walked away, embarrassed.

Another participant, a guy named Gary, witnessed the exchange and came over to talk to me.

“You know, we’ve heard all these ‘jokes’ before, right? We hear them every year. We get mocked as nerds and virgins, playing dress-up, make-believe with our virgin nerd friends. Same boring insults, same stupid comments, ha ha ha. And before you ask, because I know you’re going to, no, I’m not wearing anything under this kilt”, he said just before I was about to ask him if he was wearing anything under his kilt.

“Here’s the thing, chum”, he said as he put his arm around me and started walking me toward the exit. “Do you think if the mockery and derogatory remarks bothered us in any kind of meaningful way we’d still be out here, year after year, entertaining over 80,000 visitors annually since 1979? No, of course not. Instead, we’re out here having the time of our lives and we don’t give a rat puck’s ass what petty, negative people think of us.” He leaned in close to whisper, “And that woman who wouldn’t even speak to you just now? I’ve had sex with her in years past. I’m going to have sex with her again this year. Probably tonight.”

If I was tempted to make any more sarcastic comments, that changed when he leaned in even closer to hiss in my ear, “Also, many of us have swords. Real ones, made of steel and very sharp. Think about that, funny boy.”

The Bay Area Renaissance Festival is located at 11315 N. 46th Street and operates on Saturdays and Sundays, 10am – 6pm, from February 15 thru March 29