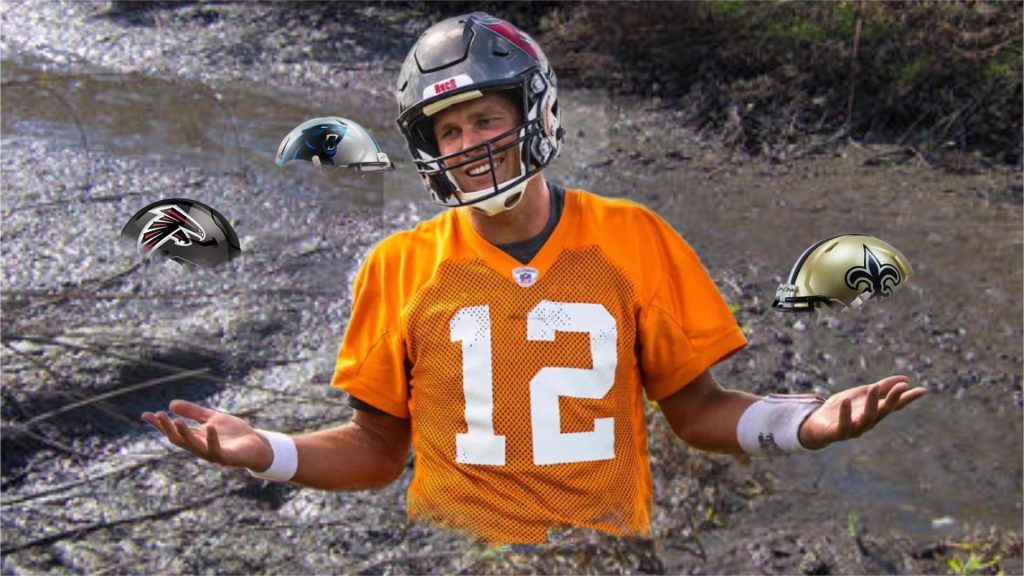 Following a 30-24 defeat of the Carolina Panthers today at Raymond James Stadium in Tampa, the Tampa Bay Buccaneers have won the NFC South Division and will get a home game in this season’s NFL Playoffs.

More accurately, with a current record of 8-8, they most-didn’t-lose the division shared with Carolina, the Atlanta Falcons and the New Orleans Saints.

“The NFC South is comprised of a highly competitive, if underachieving, evenly matched group of teams and whichever of them emerged as Champion, they earned it and will be a formidable foe for whomever they face in the postseason. So congratulations to the Tampa Bay Buccaneers”, said NFL Commissioner Roger Goodell. “In other words, this division is like a fetid swamp of shit and an embarrassment to the league. By rule, some shit rat was going to crawl out on top of the rest of the somehow lesser shit rats before getting stomped to death by a real playoff team in a couple of weeks, and this time it was Tampa Bay. So congratulations, Bucs. I suppose.”