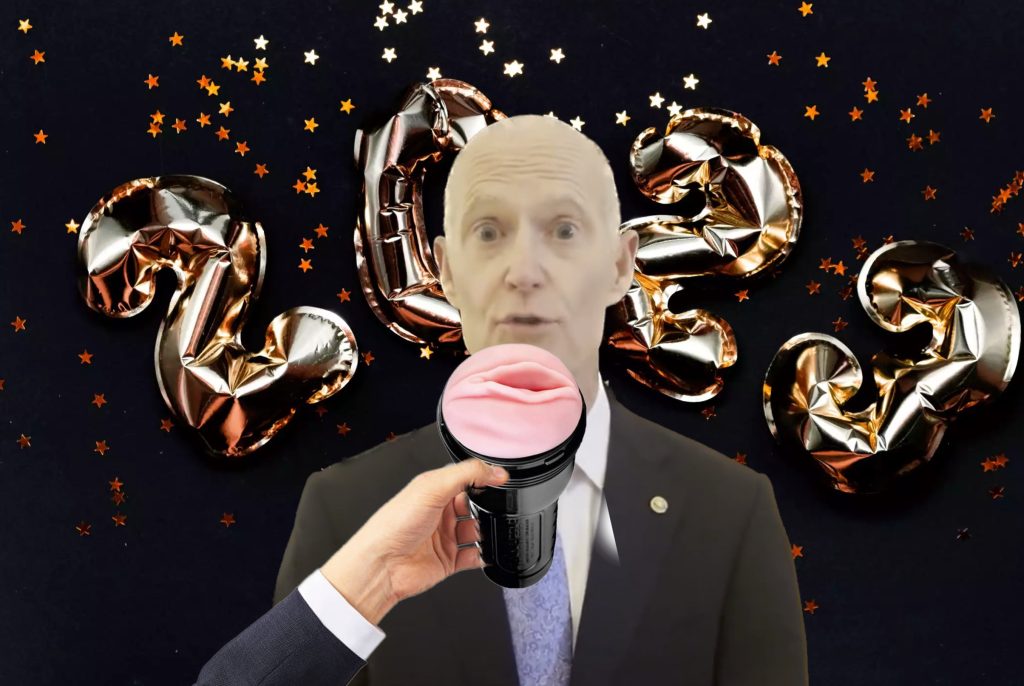 Former disgraced Florida Governor, and current Florida Senator, Rick Scott, was caught sharing a New Years kiss with a fleshlight, during a party a the Senators mansion.

“Yea he just walked out during the countdown with this dripping sex toy, then gave it a big tongue kiss when the clock hit zero. It was pretty gross, but he does a lot of gross stuff, so we don’t put anything passed him at this point.” Said a party-goer who chose to remain unnamed.

“I would tell you my name, but he would have me killed, easily, he’s done it plenty of times, honestly I’m shocked you’re still alive.” They said, pointing to me.

“Why me? I’m just reporting news.” I defended myself.

“Sure you are.” The person laughed.

“You sound just like him.” The person shook their head at me.

Is that true? Have I become just like Rick Scott?

I checked my back in the mirror and noticed I had grown small demon wings. I tried them out and began flying around my flat.

Yep, sure enough I have become just like Rick Scott.

That’s fine. That means any day now I should become one of the richest people in the world. Assuming I’m still alive to enjoy it.

← Bucs are “champions” of the NFC South!TNF Investigative Report: The Santos Connection →